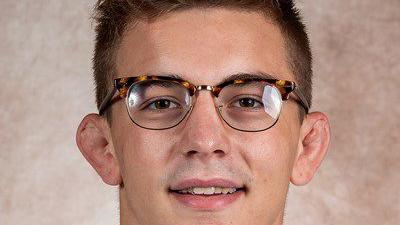 Two men in their 20s – both adults in the Nebraska wrestling community – died in a fiery crash earlier on Thursday after losing control on South 27th Road and colliding with a tree. between Sewell Road and Park Avenue.

The collision killed Max Hughes, a former high school wrestler star, and Christian Miller, a senior in the Husker wrestling team. Both are 21 years old.

The first two Lincoln policemen at the scene tried to get them out but were unable to save them. Hughes’s 2017 Chrysler 300S sank into flames as they approached and tried to plunge them out.

It happened just before 2 a.m.

Official Erin Spilker said at a briefings Thursday morning that neighbors who heard of the collision came to help with garden plumbing and an LES employee was driving to stop with the fire extinguishers until Lincoln Fire & Rescue came and put out the fire.

She said at that time both were dead.

Spilker said the officers had been treated for a cut on their hand in an attempt to save them.

She said video in the area showed the car was going south on the 27th at full speed when the driver appeared to be out of control.

Husker’s wrestling coach, Mark Manning, calls this a tragic and devastating loss for all who know and love Miller.