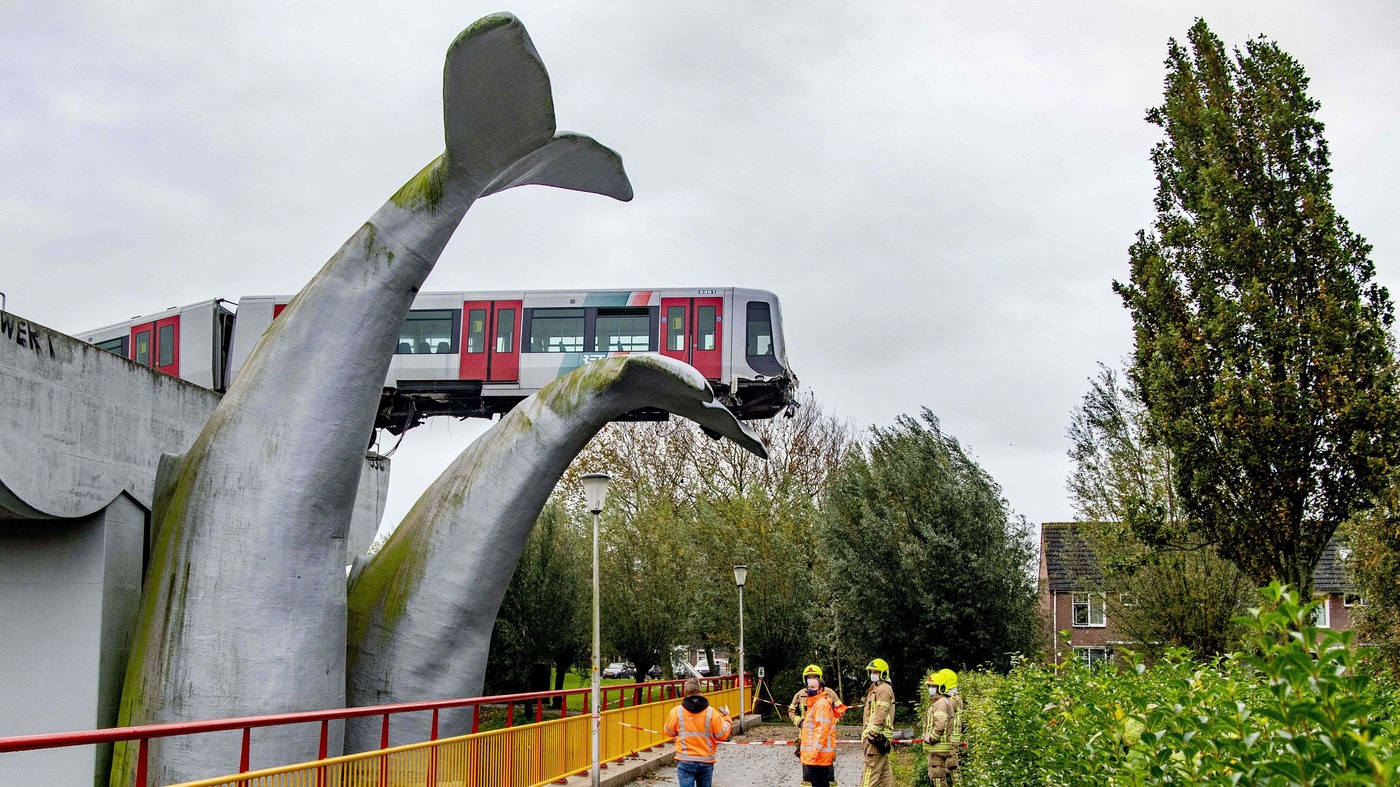 A photo taken in Spijkenisse on Monday shows a subway train passing through a stop at De Akkers subway station without causing casualties.

A photo taken in Spijkenisse on Monday shows a subway train crashing through a stop at De Akkers subway station without causing casualties.

A Dutch train crashed past the end of an overhead track in the Netherlands on Monday.

But instead of crashing to the ground 30 meters below the ground, the subway train was captured – held aloft by an artist’s giant sculpture of a whale’s tail. Despite some damage, no injuries or deaths were reported.

The sculpture at the end of the track has a common name: “Saved by Whale Tail”, according to France 24. It was built in 2002, installed at the De Akkers station in Spijkenisse, a city. just outside of Rotterdam.

It is not clear why the train did not stop. According to the AP news agency, the derailment is under investigation and the train driver is the only person on board.

The driver was questioned by police and sent home, the local emergency service said on Monday afternoon.

The train will spend the night on the whale’s tail. On Tuesday morning, workers will try to safely lift the train using the cable car, the local government said.

“It was like a scene from a Hollywood movie,” said Ruud Natrop, safety spokesman in the Rotterdam-Rijnmond region. “Thank God the tail was there.”

The architect who created the sculpture, Maarten Struijs, was shocked when he picked it up.

“I was amazed how powerful it was,” Struijs said, according to The Guardian. “When plastic is 20 years old, you don’t expect it to hold a subway train.”

Reese Oxner is an intern at NPR’s News Desk.