Violence in Chicago: 5 died, 32 were shot amid a bloody weekend 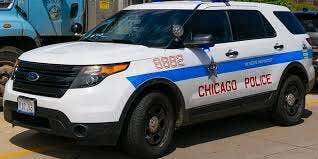 Chicago authorities on Sunday said 5 people were killed and 32 were shot amid another violent weekend in the city, according to reports.

This weekend’s shooting in Chicago also left at least 3 teenagers shot. Two boys, both 15 years old, were shot and injured early Sunday. A 16-year-old boy was hit by a bullet on Friday night, reports said.

The most recent shooting occurred at 6:15 pm in the southern community of Auburn Gresham. One man, 24 years old, did not respond after being shot in the back. According to Chicago’s WBBM-TV, he was taken to a local hospital and declared dead.

A 24-year-old woman was also shot in a car at the scene. She transported herself to the hospital in good condition after being beaten in the right shoulder, the station reported.

The violence this weekend came about a week after four people were shot dead and 26 injured across the city, authorities said.

CHICAGO VIOLENCE: 4 DEAD, 22 DEAD IN A WEEK OF BLOOD

According to the Chicago Sun-Times, the number of homicides in the city is up 50% from 201

9 and more police are being shot. The newspaper said 67 city policemen were shot this year, while other crimes were down 7%.

The city is preparing for possible civil unrest ahead of the November 3 election.