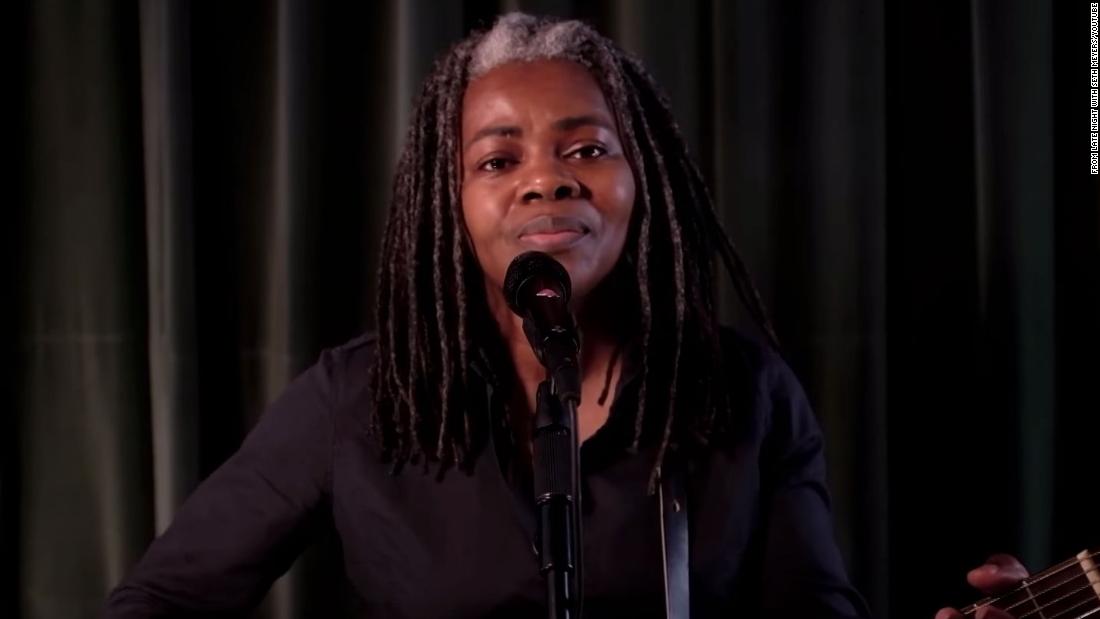 The four-time Grammy winner rarely appears on television. Her pre-election performance was an emotional solo, acoustic performance and social media, that’s just what many people need.

The 1988 single appeared on the singer’s debut album of the same name.

In the tune, Chapman sings “You don’t know / They’re talking in a revolution / Sounds like a whisper.”

At the end of his late night appearance, Chapman changed the lyrics to sing “Talkin ̵

7;bout a Revolution / Go Vote” before stepping out of the microphone to reveal a small sign that read “Let’s Vote”.

Although Chapman is mostly kept away from the limelight, she has openly supported voting in the past.

She performed as part of a tour of the Vote For Change tour presented by MoveOn.org in 2004 to encourage people to register and vote in some swing states.