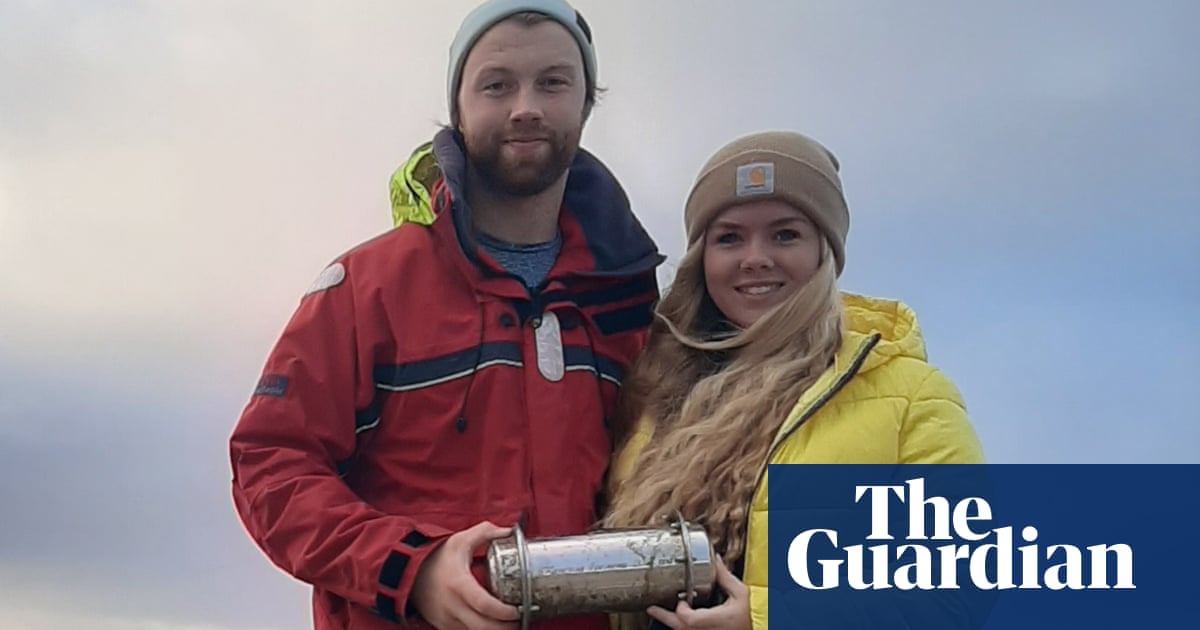 When the crew and passengers of the 50 Years Victory nuclear-powered icebreaker reached the North Pole in 2018, they placed a time capsule into the iceberg.

The metal cylinder contains letters, poems, pictures, badges, beer rugs, menus, wine corks – cremations from the early 21st century for anyone who might discover it in the future.

The future comes pretty quickly. The cylinder was found this week on Ireland̵

7;s north-west tip after floating about 2,300 miles from the Arctic, where global warming is melting a record amount of ice.

Conor McClory and Sophie Curran, surfers from the village of Gweedore in Donegal County, were testing sea conditions when they discovered a tube on shore at Bloody Foreland, a beautiful landscape named for the red color of the rock. At sunset.

A Russian friend of a friend translated the engraving and told McClory that it was a time capsule, so he opened it up and spotted messages in Russian and English from the expedition 50 Years Victory.

A letter in English dated August 4, 2018 said: “Everything around is covered with ice. We think by the time this letter is found, unfortunately there is no more Arctic ice. “

McClory traced one of the authors of the letter, a Russian blogger on Instagram in St Petersburg, known as Sveta. During a call with Zoom, Sveta said the crew and passengers had thought the cylinder could be detected in 30 or 50 years and expressed shock when it was found so quickly, McClory said.

Over the past decade, temperatures in the Arctic have increased by almost 1C. Ice in the Arctic Sea has reached the second lowest level in a 41-year satellite record.

Last year, the Greenland ice sheet lost a record amount of ice, equivalent to 1 million tons per minute. With the annual snowfall no longer enough to replenish the snow and ice lost in the melting summer, scientists fear it has passed the point of no return.

A study on Natural Climate Change predicts that the summer sea that floats on the surface of the Arctic Ocean could completely disappear by 2035.