The new report outlines an international approach to exploring the moon 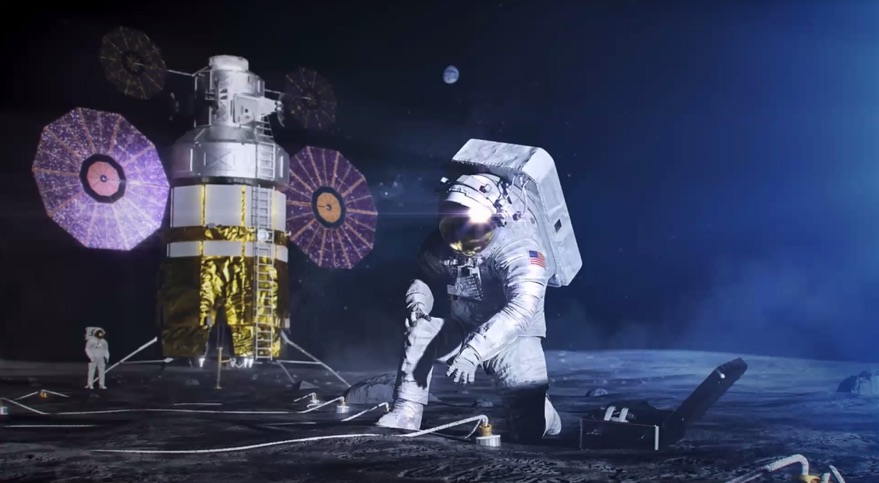 WASHINGTON – An updated version of a study developed by an international working group that advocates for a lunar exploration approach, largely under NASA’s Artemis plan to bring humans back to the moon by 2024.

The International Space Exploration Coordination Group (ISECG), a group of 24 space agencies, released an updated version of its “Roadmap of Global Discovery” in August with a bit of fanfare. The document lays out what the group calls a “joint international vision of human and robot space exploration”, albeit a non-binding vision for member institutions.

The new report, an updated version of the version published in 2018, reflects the announced “new national priorities and enhanced and accelerated Moon exploration plans”

; of the member states. since the previous report. While not explicitly stated, that would include the United States, which in March 2019 moved the date of bringing humans back to the surface of the Moon by four years, from 2028 to 2024.

“This should be a common reference worldwide for future coordination with stakeholders, such as government, academia, industry and the public,” said Naoki Sato of the arms agency. Japan headquarters JAXA, who recently completed the ISECG presidency, said in October 28 webinars of the International Federation of Astronauts.

The report outlines a Moon exploration scenario similar to NASA’s plan for the Artemis program with three phases. The first phase, called “Launch on the Moon”, calls for humans to return to the moon by 2024, as planned by NASA. Phase 2 envisions the establishment of a more permanent and sustainable presence at the southernmost tip of the Moon, with excursions elsewhere on the moon.

The final phase requires “a sustainable and vibrant lunar presence in the coming decades” to include commercial activities. “We don’t know when that will happen,” said Sato. “We want to encourage industries around the world to achieve a fully developed lunar economy using the technologies outlined in Phases 1 and 2.”

That approach, especially in the first two phases, closely mirrors NASA’s plans. The plan does not specify a role specific to individual countries, but includes elements of NASA’s plan, such as the Moon Gate and the reusable lunar lander, as well as contributions due to The partner countries announced, as a large pressurized aircraft that JAXA has said they will develop.

The first phase will end with the human moon landing in 2024, but reports are vague as to how long the second phase will continue. Phase 2 will start in 2025, Sato said, “maybe 2035 or some time, but we don’t know the exact timing.”

Report more specifically on the Moon discovery initiative’s goals. It offers 12 goals for exploring the lunar surface, from demonstrating the ability to transport humans to and from the lunar surface safely to developing lunar surface infrastructure and using use resources in place. Some special objectives, such as the requirement to prove that an aircraft can travel 10,000 kilometers of cumulative distances on the lunar surface, or the electrical system can generate 300 kilowatts.

The latest update to this Global Discovery Roadmap comes as ISECG expands membership. The group currently has 24 companies, 10 of which have joined since 2018, Sato noted. Those new members include several European national space agencies as well as others in Latin America, Southeast Asia and Australia.

Members of the group also include the China National Space Agency and Roscosmos, two agencies that have either been excluded from NASA’s Artemis program or have expressed doubts about participation. Dmitry Rogozin, Roscosmos’ general manager, said at the International Astronautics Congress in October that Roscosmos is unlikely to participate in a program like the Moon Gate because they are too “focused on the United States”.

China is developing its own plans for ultimate human missions to the moon, including the “International Moon Research Station” that it will develop at the Moon’s south pole using Use the robot missions first and then the crew. The updated Global Discovery Route report does not discuss those initiatives, only included in its mission scenarios in future Chang’an lunar lander missions.