The nanosensors are controlled by laser light 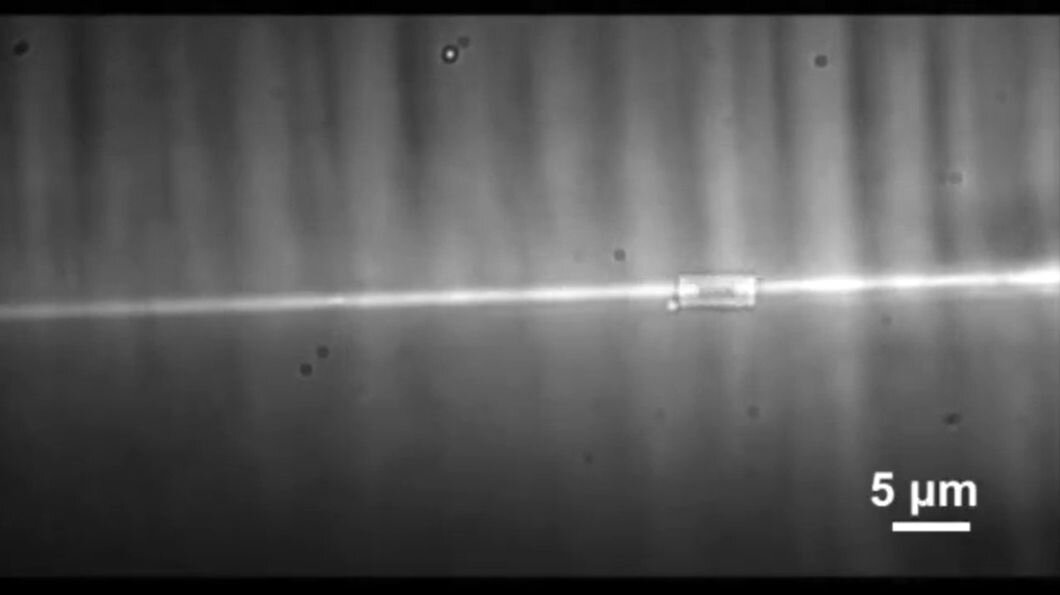 Researchers from the Institute of Industrial Science, University of Tokyo (UTokyo-IIS) have designed new linear nanopomotors that can travel in controlled directions with light. This work paved the way for new microfluidics, including on-chip lab systems with optically activated pumps and valves.

The world of nano-sized machines looks very different from the world of devices with which we are all familiar. For example, powering and correctly controlling an engine smaller than a bacteria can be much more difficult than driving a car.

Now, a team of scientists led by UTokyo-IIS has introduced a linear motor system made of gold nanorods that can move in controlled directions when exposed to laser light. Like a sailboat that could be moved in any desired direction by adjusting its mount, these nanodevices were not bound to the direction of light. Instead, they move based on their orientation even when projected by a laser beam from another angle.

The motion is provided by the lateral optical force generated from the light scattering from the particles to the side. Therefore, the need to focus or shape the laser beam with lenses, which was once a difficult task, was eliminated. Also, the motor size is not limited by the wavelength of light, unlike previous devices.

First author Yoshito Tanaka said: “Instead of being limited to traveling in the direction of the laser light or the field gradient, the direction is determined by the direction of the nanoparticles themselves. The key to this technology is local surface plasmon resonance – the collective oscillation of free electrons – in the periodic arrays of the nanorods. They can produce light that is scattered in a particular direction. “The careful design of the separation between the nanorods results in constructive interference in one direction and destructive interference in the other,” said Tsutomu Shimura, senior author of Tsutomu Shimura. we create directional scattering to propel the nano-engine “.

The researchers envision using this technology to create a new platform for nanoscale machines with parts that move in predetermined paths while being affected by unfocused light. This will significantly reduce the cost and complexity of these devices while improving the accuracy and reliability.

Provided by University of Tokyo