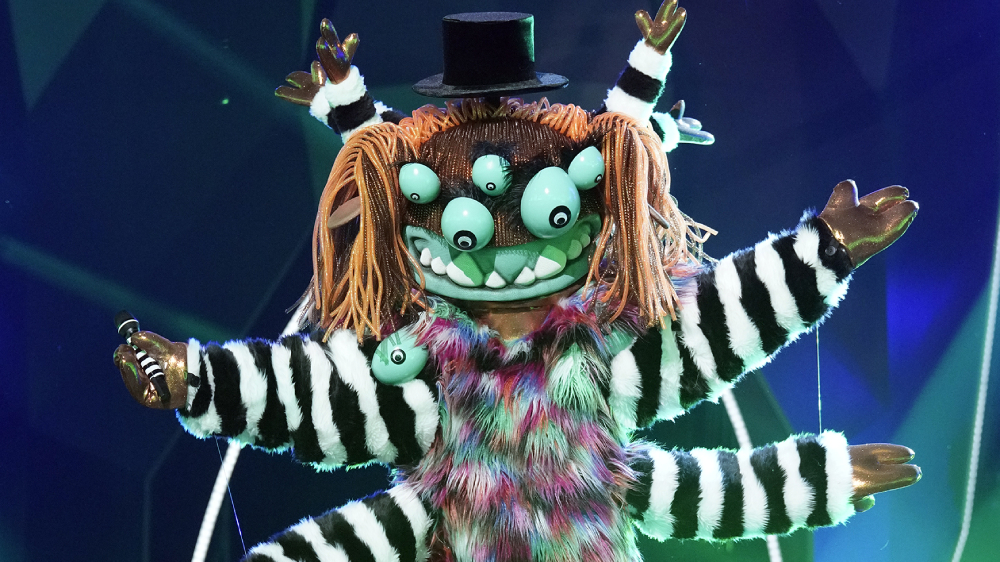 SPOILER ALERT: Don’t read on if you haven’t seen Season 4, Episode 6 of “The Masked Singer”, which aired on November 4 on Fox.

Bob Saget did not ask to be told. The comedian may be disappointed that his time on “The Masked Singer” has ended, but he will accept the results. (Scroll down to see his exposure.)

“I want to continue,” Saget told Variety. “I deserve it. But my voice is a bit shy and, look, the audience voted. And I’m the one who accepts the results when people say ‘you know, you’re not going to shoot.’ again.’

Saget has portrayed the role of “The Ugly Monster,”

; which he admits is difficult to navigate – but perhaps the safest outfit in the room. “The Squiggly head is safe between 30 and 40 pounds of COVID,” he said.

“Nothing goes in or out, not even the air,” he added. “So that’s the hardest part. I can’t really see, and then they’ll hold my hand – but they can’t find my hand because I have lobster claws for the upper hand and the lower claws are threadlike. It is a kind of colorful, crab with all the creatures represented on the planet. “

Saget said he had been asked to do “The Masked Singer” in the past, but his busy schedule always got in the way. But with the COVID-19 epidemic halting his tours, Saget is eager to return to the stage.

“I had to tour now,” he said. “I plan to shoot a special movie in the next month or two. I have to perform! “

But for Saget, who loves to brawl, keeping his “Masked Singer” appearance a secret is difficult. “I was caught in a big trap, I said without stopping,” he said. “Some are close to signing the NDA, and they also can’t tell a soul. My wife cannot tell the family. I told one of my daughters, but I didn’t tell the other two. It was all done like the CIA ”.

Even cast member Ken Jeong is kept in the dark, despite the fact that Saget has appeared in Jeong’s new companion series, “I Can See Your Voice.”

Saget performed “Satisatis” by the Rolling Stones, a week after singing another classical rock piece, “Have You Ever See the Rain,” by Creedence Clearwater Revival. If he continued, Saget also practiced Johnny Cash’s “Folsom County Blues” and The Clash’s “Should I stay or should I go”.

“I always sing,” said the comedian. “I started singing comedies when I was 17 years old. And after that every special time I did, I would sing three or four songs. The songs “Satisatis” and “Have You Ever Seen the Rain”, I performed with John Stamos and his band and other really famous musicians. That’s what I love to do. “

Saget, who was a friend of executive producer Craig Plestis, gave the highest score in terms of production. “They were very attentive and careful there,” he said. “And the people in the closet, it’s just Team A. The reason this is the number one show is because they really did their best to do it the right way. “

“The first week they played the game and it was fun,” Saget said. “Say it’s Dr. Fauci and they guess Brad Garrett or Ray Romano. But they do. I mean, I even heard Robin say, ‘Saget’, and then turned around as Squiggly, looking over at him. He didn’t try to make me turn around and look at him. But I foolishly gave away my cover! “

New this season, the show’s members are also vying for a “Golden Ear” trophy based on their first impressions of each masked performer – and going into the episode, McCarthy Wahlberg and Scherzinger has two points, Thicke has one, while Jeong so far has not.

“I appreciate Big Bird on Ice more than ever,” said Saget. “The only advice I give to future programmers, make sure you go to the bathroom before getting dressed, that’s all I have to say. It’s not a space suit. ”

Here are the other contestants and their performances for the sixth week, “The Group C Play Offs – Funny You Should Mask”:

Song: “If I can go back in time,” by Cher
The panel judged: Donald Glover, Adam Lambert, Jaden Smith
Clue: Jell-o’s brain is red. “The mind is a bad thing to waste, but it does create a pretty sweet clue.”
Excessive sound: “You know, mushrooms have a bad rap. A lot of people don’t like our taste. But I’m here to win the world, one song at a time. Even as a young shroom, I knew I was lost. I often feel like I don’t belong anywhere. Compared to other mushrooms, I have a completely different root system. I have revolved around strange food and customs. But then I realized that below the surface it was all entangled, like one. And even a porcini or crimini can be a prom queenie. Once I accept being a nerd, an outcast, I can proudly share my unique gifts. My weirdness has brought me here, and now is the time to get the golden mask.
Previous song: “This Woman’s Work” by Maxwell
The previous panel’s predictions: Donald Glover, Usher, Frank Ocean

Song: “Hello” by Lionel Richie
The panel judged: Wayne Newton, Martin Short, Jason Alexander
Clue: Roulette wheel. “Take this clue for a spin and you might find my identity – if you’re lucky.”
Excessive sound: “I love this Broccing outfit. I feel like a success story to the ‘Masked Singer’s’ diet plan. Along with it being wet under this mask, I have already lost weight. But it doesn’t sweat. Because as far as I remember, I always wanted to be a Broccoli. I dream of becoming a superfood that enriches people’s lives. And one night I got a chance to do it. I had dinner with a legendary friend, Big Cheese. I ran home and after stretching out all night, I have cooked a beauty that really packs a punch. I called the boss. I did something special, but even I can’t imagine the classical that I have created. And all from one meal. Tonight, I’m going to serve another side of my legacy, the sultry side. “
Previous song: “House Is Rockin” / “Whole Lotta Shakin ‘Going On,” by Stevie Ray Vaughan and Jerry Lee Lewis
The previous panel’s predictions: Bill Murray, Howie Mandel, Steve Guttenberg

Song: “Crazy” by Patsy Cline
The panel judged: Sofia Richie, Lana Condor, Halle Bailey
Clue: Stuffed tiger. “If you can earn your stripes and find this clue, rrrrr!”
Excessive sound: “I’m super competitive. But over the past time my nerves have been the best. It’s hard to hear. Especially because I’m usually the best at what I do. Also, I’m here without someone picking me up when I fall: My family. Parents are the first to hold my knees. By sacrificing their time and their careers so I can follow my dreams. My Papa Joey ride or die, he helped create my whole world and taught me the best tips in life. For years, he woke up at 3am, put me in the car, and I woke up a few hours later with gigs in remote lands. Tonight I will use my father’s wisdom to help combat stressors. “
Previous song: “Big Girls Don’t Cry” by Fergie
Previous Panel’s predictions: Gabby Douglas, Chloe Grace Moretz, Awkwafina, Sofia Richie

This is Saget’s revelation: