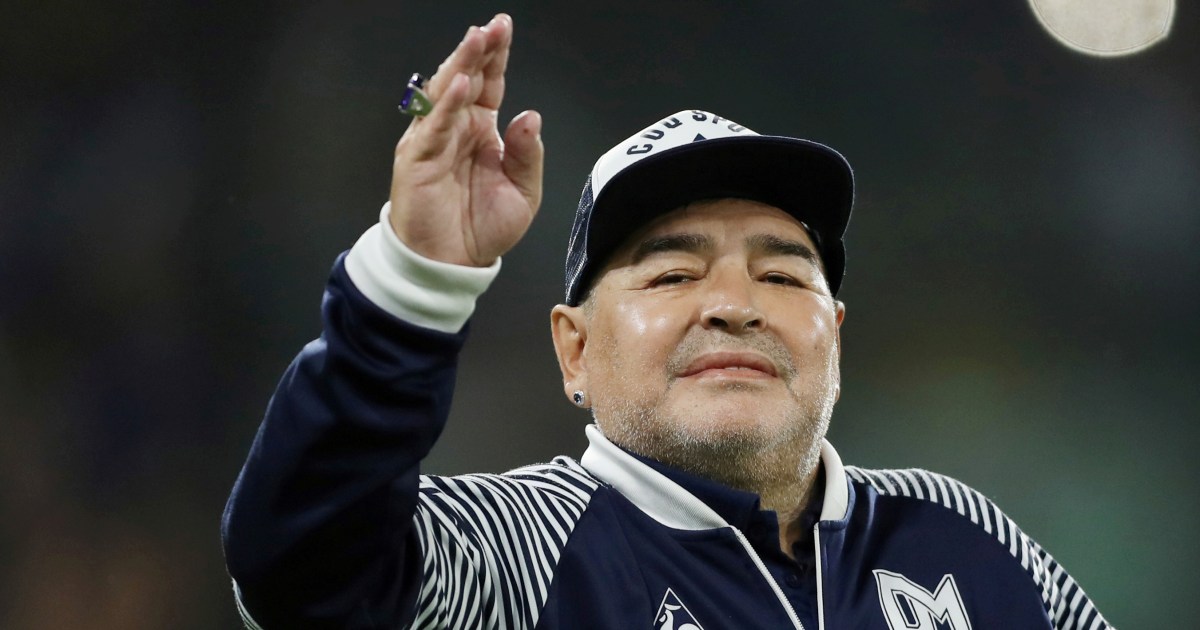 Maradona, who was hospitalized on Monday due to anemia and dehydration, will have surgery to remove the subdural hematoma.

Maradona has an epidural hematoma, which is a buildup of blood between his membrane and brain, said Luque, a neuroscientist. He describes the process as “routine surgery”.

He said the problem could have been caused by an accident, but Maradona said he doesn’t remember the event.

The 1986 World Cup winner was transported to the Olivos Clinic in La Plata, south of Buenos Aires. The doctor said that if the surgery was successful, Maradona could go home after 48 hours.

Donato Villani, head of medical for the Argentina national team, told TV channel TyC Sports that such surgery usually goes well, “but for Diego it is different,”

Maradona was admitted to Ipensa hospital with signs of depression on Monday, three days after his 60th birthday.

The footballer, who won the World Cup with Argentina in 1986 and is considered by many to be one of the greatest footballers of all time, along with Brazil’s Pele, who turned 80 last month.

Maradona has continued to spark controversy since his heyday as a player, being sent home from the 1994 World Cup in the US for doping and dropped in and out of the game as a coach. tablets.

He made his last public appearance on his 60th birthday on Friday ahead of the team’s game against Patronato.

Dozens of fans of Gimnasia y Esgrima gathered at the hospital, waving flags and holding posters with messages of support as they waited for news of Maradona’s health.

“What we want most is that Diego gets rid of all this. He can, he is the greatest, greatest in the world, ”said Diego Bermudez, 41, a Maradona fan waiting outside the hospital.

Luque previously suggested that Maradona’s lifestyle contributed to his condition.

“He is an elderly patient with a lot of pressure in life. Time to help him. It’s very difficult to be Maradona, ”said Luque of the star, who celebrated her 60th birthday on Friday.

Maradona had had two heart attacks in the past and had hepatitis.

“Diego feels much better than yesterday and feels like leaving,” Luque said. “He had a good night and we joked. I want him to stay one more day. ”

Maradona had difficulty retaining iron because of the gastric bypass surgery he underwent in 2005 to lose 50 kg (110 pounds), making him more susceptible to anemia, Luque said.

Despite recovering from a documented heavy drug addiction, Maradona still takes the medicine in the form of a sedative and an antidote to anxiety.

Luque said Maradona, whose “Hand of God” goal against England was one of the most controversial in World Cup history, felt sad for about a week and refused to eat before arriving in the room. examination.