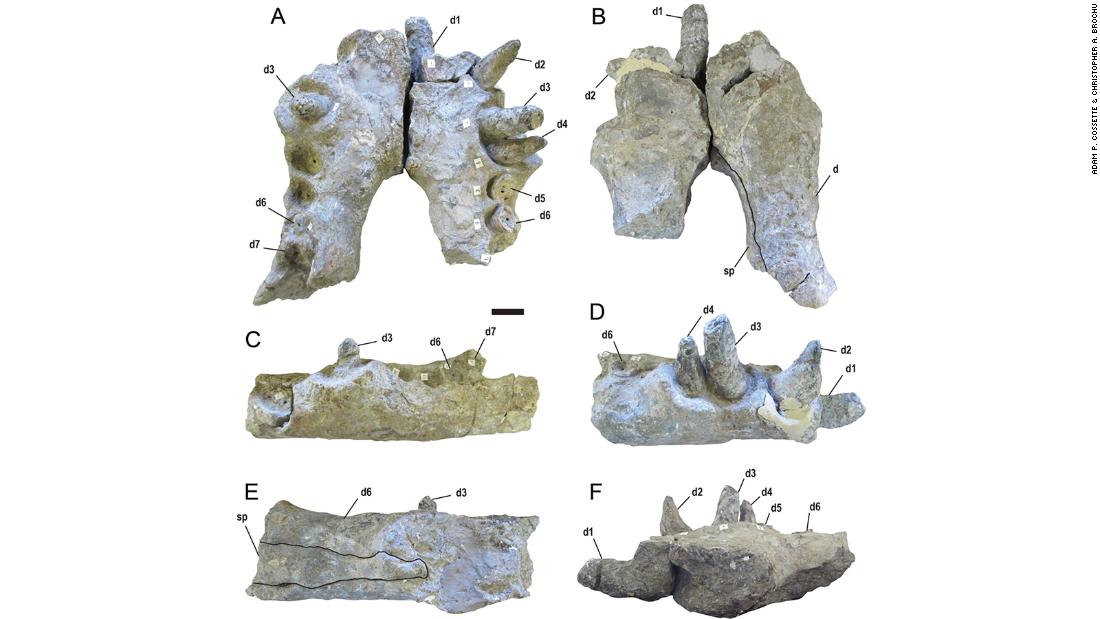 The study was conducted in 2018, published this week in the Journal of Vertebrate Paleontology. According to the study authors, it was discovered that Deinosuchus – a descendant of the late Cretaceous giant crocodile from North America – was nearly as long as city buses, growing up to 33 feet in length. .

Dr Cossette, co-author of the study, said in a press release that published the results of the study: “Deinosuchus was a giant who terrorized the dinosaurs to the edge of the water to drink. “So far, the complete animal is unknown. These new specimens we’ve examined show a bizarre, monstrous predator with teeth the size of a banana.”

Deinosuchus’s name means “terror crocodile”, but the authors of the study say they are closer to alligators. However, Deinosuchus’s snout is long and wide, and it has two mysterious holes at the top of the snout, which help distinguish it from both the crocodile and the alligator.

There are at least three Deinosuchus species, the researchers say, and they live in the western United States from Montana to northern Mexico and along the Atlantic coastal plain from New Jersey to Mississippi.

Fortunately, these “terror crocodiles” lived 75 to 82 million years ago.

“It’s a strange animal,” Professor Christopher Brochu, co-author of the study, said in a newsletter. “It shows that crocodylians are not ‘living fossils’ unchanged since the age of dinosaurs. They evolved as flexibly as any other group.”

It is not known what happened to Deinosuchus and how they became extinct, as study authors found that they disappeared before the major mass extinction at the end of the dinosaurs era. .