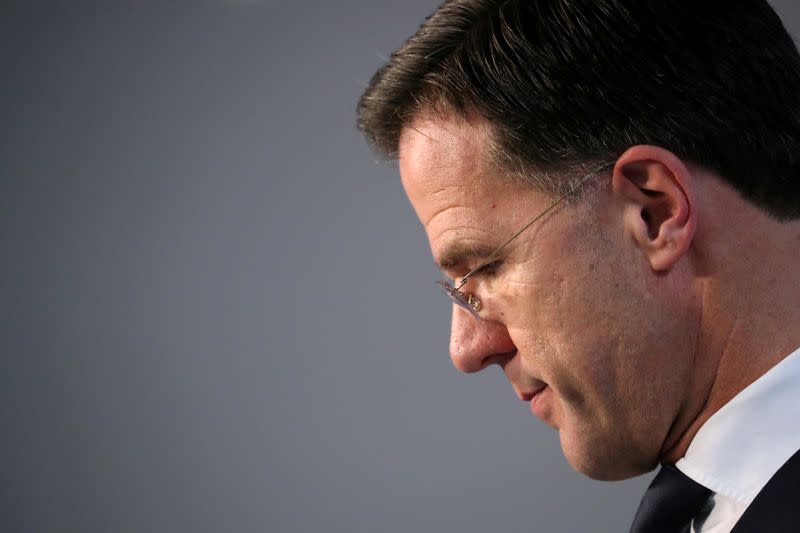 AMSTERDAM (Reuters) – Dutch Prime Minister Mark Rutte on Friday denounced what he called intolerable threats to freedom of speech, after a Rotterdam teacher was forced to hide behind a Class discussion about the murder of French teacher Samuel Paty.

Police said they had arrested a teenager on suspicion of inciting threats to threaten the Dutch teacher.

It is not clear whether the unidentified 18-year-old woman, whom police said posted messages on social media, was a student at the city’s Emmauscollege high school, where the classroom debate took place. are not.

The police did not detail the content of the messages.

“We must be able to discuss topics like freedom of expression in our classroom without pressure from outside,” he told reporters.

“It can be hurt when someone has an opinion that conflicts with your worldview or religious beliefs, but they are free to say so.”

Schools in the Netherlands, France and Germany have been asked to keep the silence of Paty, who was beheaded by a Chechen-born man in the Paris suburbs in October after showing students a cartoon home. satirical magazine Mohammad Charlie Hebdo.

During a Monday in class discussion at Emmauscollege, students noticed a sarcastic caricature had been on bulletin boards for many years, and some were outraged.

The cartoon, which won a national award in 2015, shows a beheaded character labeled “Charlie Hebdo” sticking out his tongue at a bearded man with a bloody sword.

A photo of the photo quickly began circulating on social media, and on Tuesday the teacher leading the discussion went into hiding due to police being deemed serious threats.

Also on Tuesday, Le Monde reported that a school in the suburbs of Paris had been closed after threats against a teacher.