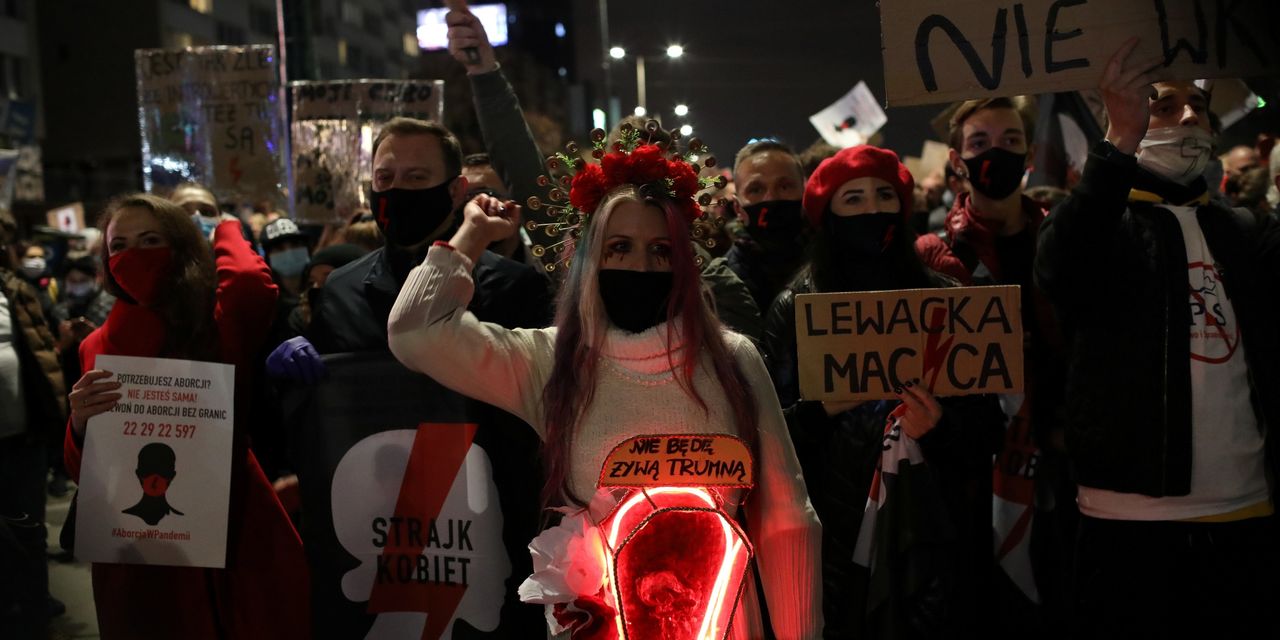 WARSAW – Tens of thousands of protesters marched through Warsaw on Friday to protest the ruling of a top court earlier this month.

Abortion has been largely banned in Poland since 1993 with the exception of rape, incest, when the mother’s life is at risk or in the case of an abnormal fetus.

Last week, Poland’s constitutional court, the country’s highest court, tightened those laws when it removed a waiver that would allow a woman to end a pregnancy in the event of an abnormal fetus. Abortion is still legal in three other cases.

Since coming to power in 2015, the Justice and Law Conservative party has pushed the implementation of the abortion law even tighter.

In 2016, the party discussed the law banning the procedure under all circumstances, but abandoned it after tens of thousands of women in black marched through the center of Warsaw.