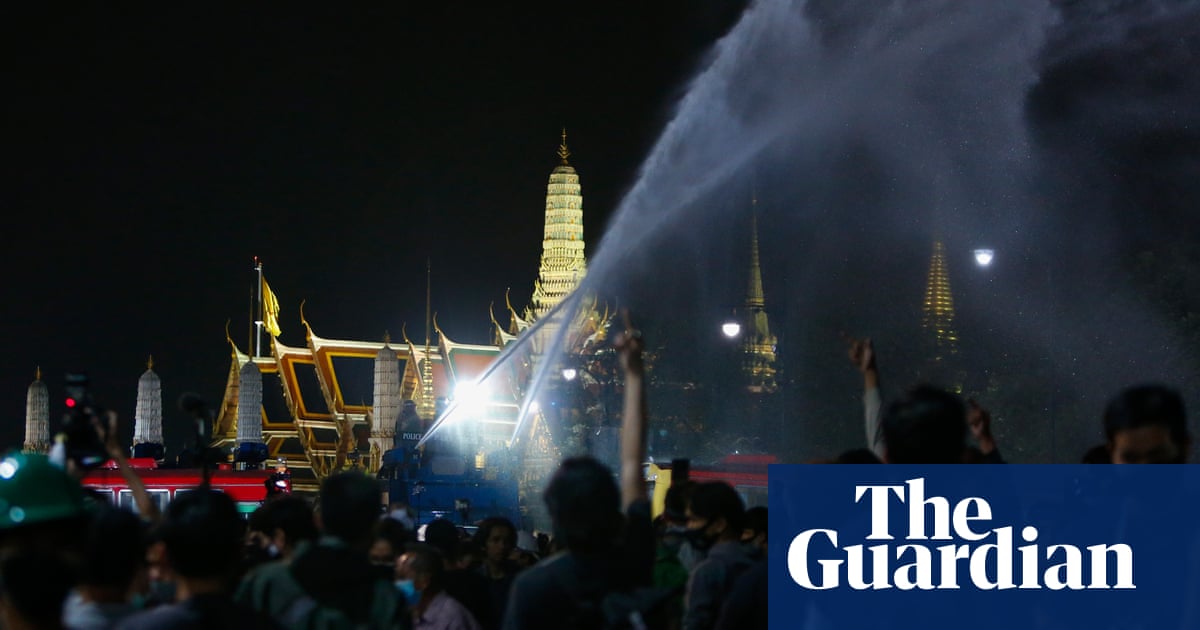 Riot police fired tornadoes at crowds of pro-democracy protesters as they tried to reach the Royal Palace in Bangkok on Sunday to hand over letters urging reform of the land’s power monarchy country.

The protests have spread across Thailand in recent months, led by young people risking extended prison sentences to call for curbing the power and wealth of the royal family, while demanding Prime Minister Prayuth Chan-ocha resigned.

On Sunday night, the tornado was fired into the crowd for a short time, but the protesters did not leave the area. Then protesters, wearing goggles and hard hats for protection, moved the bus and lowered the barbed wire fence used by police to block the entrance to the palace. They brought fake mailboxes, made from old trash, and sent them to the Royal Office, which was filled with messages calling for reform.

In a statement to King Maha Vajiralongkorn, protesters said he should listen to “fearless criticism”

“It doesn’t matter whether the people love the king or not, he must love them equally. If the king could talk to people who loved him, he had to talk to people who weren’t the same, ”it said. It was signed “with the power of equal human dignity” by “all”.

This statement was related to the king’s highly unusual comments last week, when he visited Channel 4 and CNN as he walked among royalists, he was asked for a response. about the demonstrations. “We love all of them equally,” the king said of the protesters. When asked if there is room for compromise, he replied: “Thailand is a land of compromise,” before quickly turning away.

In their statements, protesters said their demand for reform was “maximum compromise”.

Protesters violated a longstanding taboo calling on a royal family to respond to the public. They said the monarchy’s budget should be reduced and the king’s own fund separated from the crown’s assets. They said that the king should neither approve of any more coup nor protect the royal family from criticism.

According to the constitution, the monarchy is “enthroned in a venerable position”. Anyone who “defames, insults or threatens the king, queen, heir or regent” could face a prison term of 15 years.

Sunday was the second time police used tornadoes on protesters, who had been gathering for peaceful protests for the most part for months. Earlier in the day, dozens of royalists staged a small counter-demonstration.

A police spokesman told Reuters that the tornado was fired only for warning. The Bangkok government’s emergency unit said a police officer and four protesters were injured in a brief confrontation outside the palace.

At least 84 protesters have been charged since October 13 in connection with the protests. Offenses such as seduction, which can serve up to seven years, have been used against protesters. Amnesty International recently said the government is using “ambiguous, too restrictive laws to harass and silence people”.