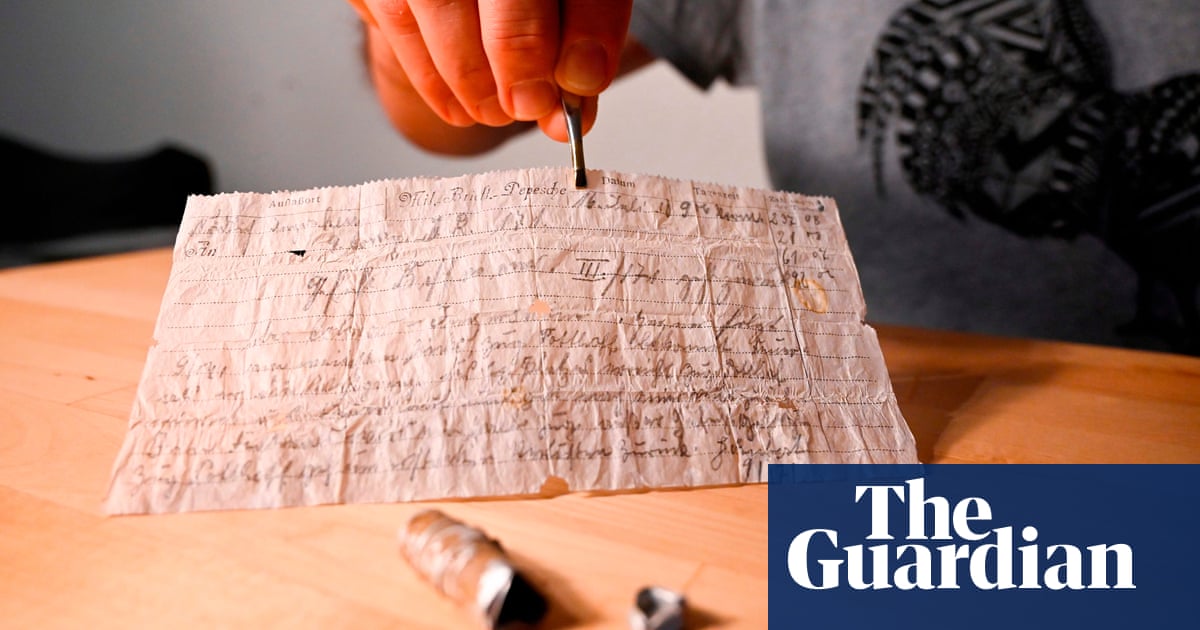 A couple walking in eastern France discovered a small capsule containing a message sent by a Prussian soldier over a century ago using a pigeon on an aircraft carrier.

The date is marked as July 1

“In Fechtwald, half of the platoon was disabled. The Potthof platoon retreated with heavy casualties. “

At that time, Ingersheim – now in the Grand Est district of France – was part of Germany.

Jardy, who spoke passionately about a couple’s “super rare” discovery, found a small capsule with well-preserved content this September in a field in Ingersheim.

They brought it to the nearest museum, the one in Orbey dedicated to one of the bloodiest battles of World War I.

Jardy enlisted the help of a German friend to decode the messages, he said.

Pieces of paper and capsules will become part of the museum’s permanent display.