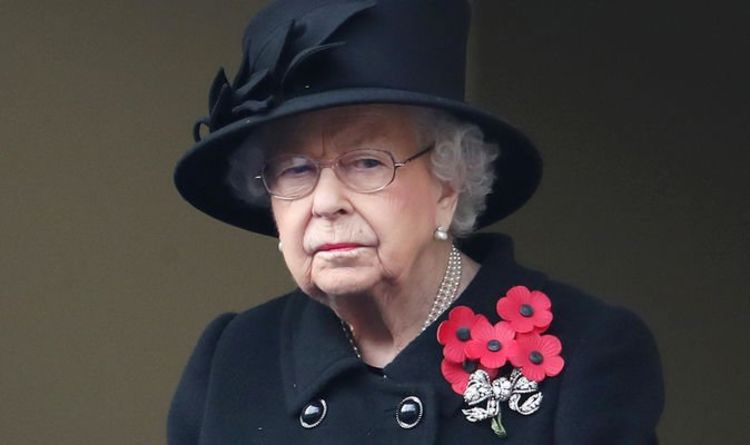 The queen cut a “lonely silhouette” as she marked the centennial anniversary of the unknown warrior’s tomb. David Dimbleby commented on the “lonely” Queen as he gave a Sunday tribute to the BBC. The broadcast from Whitehall featured a pre-recorded clip of the Queen, who visited the Tomb of the Unknown Warrior to order a copy of her bridal bouquet on Wednesday.

“Lonely figure of the Queen at Westminster Abbey earlier this week at the Tomb of the Unknown Warrior,” said Mr. Dimbleby.

One viewer reacted online to the comment by arguing she was “decent, not lonely”.

The Queen made the visit without any other members of the Royal Family.

7;s Chris Ship, the Queen can only be served by “Dean, Equerry and Queen’s Piper”.

Point in: Prince Charles paying homage to the ‘Heroes around me’ Memorial Day

This appearance also marks the first time the Queen has been wearing a mask.

Other members of the royal family including The Prince of Wales, the Duke and Duchess of Cambridge appeared at official events with the veil.

The mask is said to be by Angela Kelly, the Queen’s private advisor and curator.

Today’s Sunday Memorial activities are scaled back, with effective social segregation measures because of the coronavirus pandemic.

This is the first time the service has been closed to the public.

The Royal British Army and the Scottish Army advise everyone before service should observe the silence to honor those who lost their lives in conflicts on their doorstep.

Culture Minister Oliver Dowden said: “Although this year’s service is a bit different from normal, but I want to encourage people to join from their own homes – watch on TV, study their family history. you – but most importantly, stay safe. “

Celebration commemorates the armed forces community, British and Commonwealth veterans, allies who fought alongside the UK and civilian servicemen and women engaged in two wars world and later conflicts.