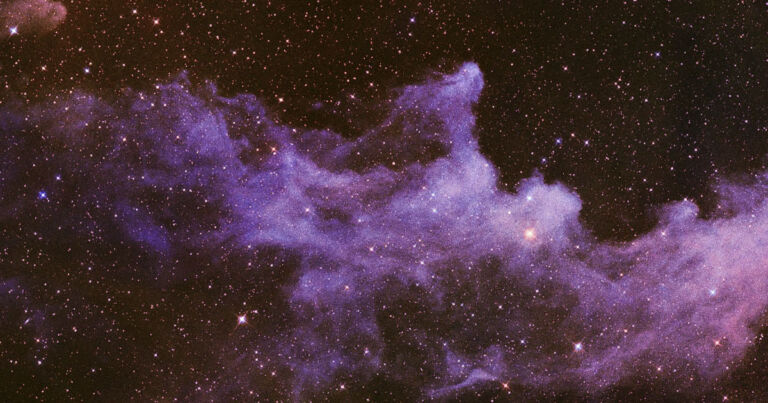 Scientists have long held that about 40% of the universe’s visible matter – the matter that makes up everything we can see and touch – has been lost, never been discovered.

Now, a team of researchers from France’s National Center for Scientific Research (CNRS) says it was finally found – hidden in the diffuse strands of the giant interconnected cosmic lattice. Ha. The study was published Friday in the journal Astronomy & Astrophysics, revealed the missing issue after scientists took a fresh look at the 20-year-old data pile.

According to a CNRS press release, the strands of gas that make up the cosmic lattice are thought to connect galaxies across vast gaps in the universe. They also sometimes serve as a source of new material to neighboring galaxies or black holes, causing the web to become more coarse and opaque.

The French researchers believe that because these cosmic lattice fibers are so diffuse and the signals they emit are so weak, they have not been detected for 20 years even though all the data is in clear visibility clear.

To find out that 40% of the visible matter in the universe they contains, the CNRS researchers looked at the X-ray emission of the fibers along with information about the physical arrangement of the 1

Through that x-ray analysis, the team was able to confirm that the fibers contained a large amount of previously unknown hot gas – a huge portion of the matter of the universe hidden in clear vision.

READ MORE: Has the hidden matter of the universe been discovered yet? [CNRS]

More on the space web: This is the first Pic of the “Universal Web” that connects all galaxies