Satellite images revealed the devastation of the Beirut explosion 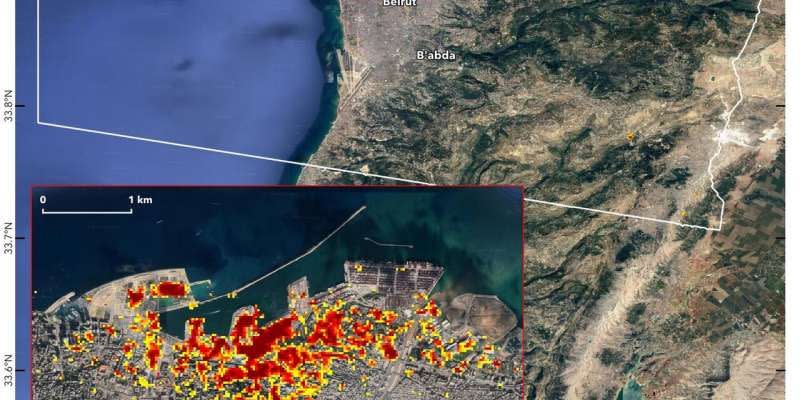 Last week, an explosion rocked Beirut, the capital of Lebanon. More than 200 people died and thousands were injured in the explosion after 2,700 tons of ammonium nitrate exploded. The port city suffered billions of dollars in damage after the blast, and hundreds of thousands of people have lost their homes, according to UNICEF.

The blast prompted a series of protests and the resignations of several of the country’s leaders, including the prime minister. Now, the inhabitants of Beirut – already struggling to control the coronavirus – are left to pick up pieces. The satellite images of the area, like the video from MAXAR below, are beginning to reveal the true destructive power of the explosion.

The ARIA team has developed maps like this for other disasters. For example, after the 2018 Palu earthquake, NASA published a similar damage authorization map, which mapped the risk of landslides around the Indonesian city.

The researchers hope maps like these can help aid workers assess where their efforts should be focused.