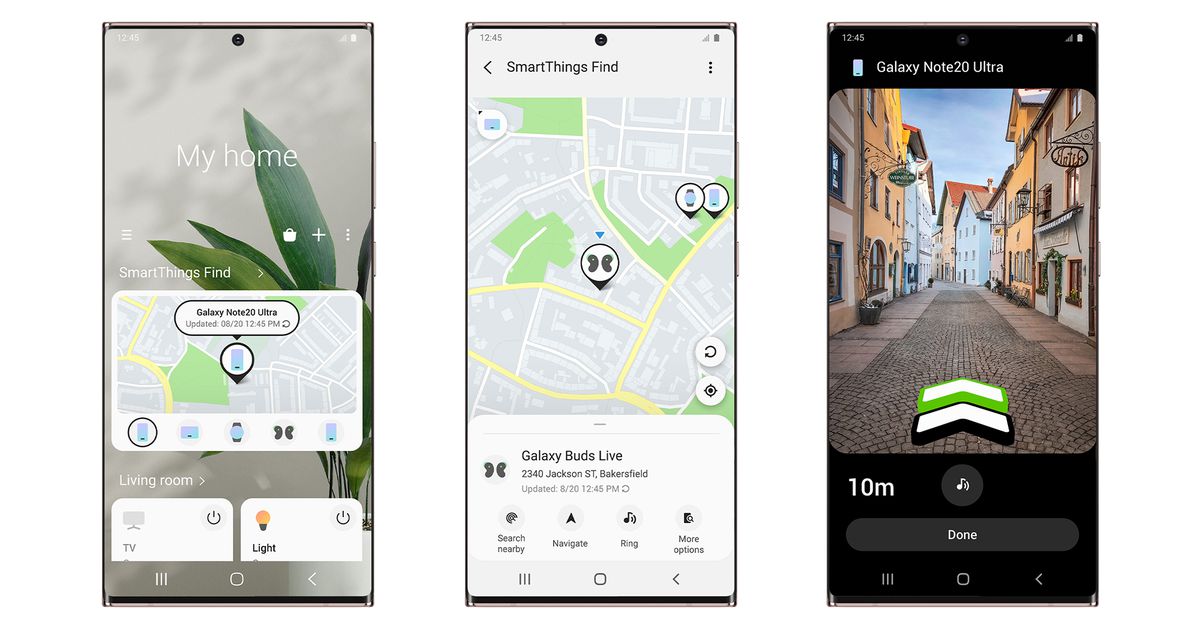 Samsung is rolling out a service to help Galaxy device owners find their device when it’s lost. Called SmartThings Find, this feature expands the capabilities of Samsung’s Find My Mobile app by allowing users to locate not only their Samsung smartphone but also any tablet or smart watch. and which headphones do they own.

The SmartThings Find was previously launched as a pilot in the US, UK and South Korea last month, but Samsung says the feature is now “ready for global release” (also note that access “May vary by market and carrier”).

Leaving aside those uncertainties, we know SmartThings Find uses a combination of Bluetooth Low Energy (BLE) and ultra wide bandwidth (UWB) services to locate the device and is available on hardware running Android 8 and above. up. Once users sign up for the service, they will be able to use SmartThings Find to track Galaxy gadgets even if they are not connected to any mobile network. (Though Samsung hasn’t made it clear whether the service will work with devices powered off.)

The SmartThings Find app will show users where their device is on a map, like services similar to Apple’s Find My software. Once the user is close enough, they can either command their device to “ring” to help locate it or use the augmented reality feature that Samsung says “shows increased color graphics. intensity as you get closer to your device. ” You can watch a short video of how it all works below:

Samsung says the service is available worldwide from this week as an update to Galaxy smartphones and tablets running Android 8 or later. Currently, the service is limited to Galaxy devices, but Samsung says from “early next year” the SmartThings Find will also be able to locate any “tracking tag” – probably a reference to The company’s SmartThings LTE Trackers, launched in 2018. That will expand the service’s ability to search for any item or object you’ve tagged.