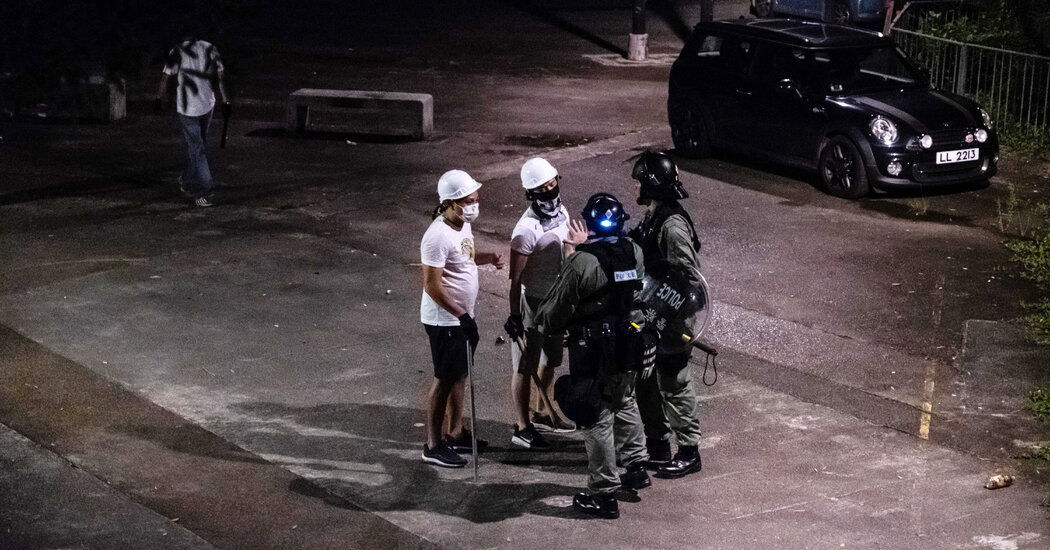 HONG KONG – Hong Kong police arrested a private journalist on Tuesday whose work demonstrated the delayed response by authorities to a mob attack on protesters anti-government last year, raising concerns about a crackdown on press freedom in China’s semi-autonomous city.

Journalist Choy Yuk-ling, also known as Bao Choy, is the producer of Hong Kong Television, or RTHK, a public television station. The network’s news programs have drawn official criticism against investigations targeting Hong Kong police, who are accused of using excessive force on protesters and closing their eyes. ignore their assaults.

Ms. Choy worked on some of the most notable questions about police behavior, including a new episode of “Hong Kong Connection” that examined officers’ slow response to an attack. Public crowd targeting a group of protesters and commuters in a train station on July 21, 2019.

Ms. Choy, who was employed by RTHK under freelance contracts, was arrested Tuesday afternoon.

Police said they arrested Ms. Choy for perjury why she obtained license information from a publicly accessible database. Such violations can result in a fine of 645 dollars and six months in prison.

In an investigative documentary aired in July, a year after the mob attack, RTHK journalists searched the license plates of the vehicles discovered on the video transporting the victims. suspects are attackers and track them down to community leaders in remote villages of the territory.

The Hong Kong Police Force has faced widespread criticism after protesters accused them of ignoring calls for help in the train station attack in Yuen Long district. At least 45 people were injured when men carrying sticks and metal rods attacked passengers and protesters inside the station and onto the subway.

More than a year later, the police decided to change the report on the assault. In August, police arrested a lawmaker who filmed the attack and injured it in it. Police also said in August that it took them 18 minutes to reach the scene after receiving the emergency call, not 39 minutes as they said earlier.

RTHK’s investigation of the station attack is only one part of the work that has received thorough scrutiny. This year, the broadcaster suspended “Headliner”, a long-running satirical TV show that regularly taunts the police. It also reopened an internal investigation of the claims about Nabela Qoser, a journalist known for her questions against government officials.

The government began to formally review RTHK’s operations in July after the broadcaster conducted an April interview with a World Health Organization official, Dr. Bruce Aylward, who was asked whether Should Taiwan be allowed to join the global health authority.

Taiwan, an autonomous island that China considers part of its territory, was removed from the medical organization because of pressure from Beijing. The Hong Kong Minister of Trade and Economic Development, which monitors RTHK, accused the TV station of violating China’s official stance towards Taiwan.