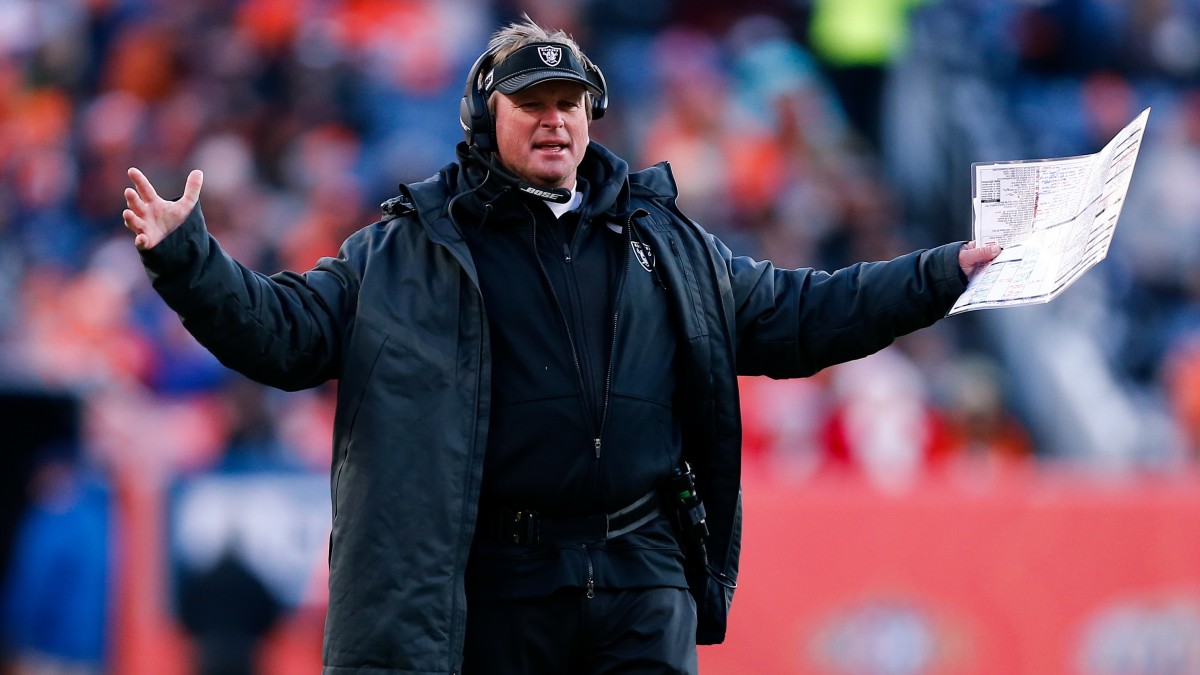 The NFL is expected to penalize both Raiders and head coach Jon Gruden for violating the tournament’s COVID-19 protocols, as well as stripping the squad for the sixth-round draft, according to Yahoo’s Charles Robinson. Penalties related to insulting Trent Brown tested positive from October.

Among the Raiders’ offenses, according to Adam Schefter and Kimberly A. Martin of ESPN, Gruden did not regularly wear masks. Raid players also attended a large indoor gathering and the team allowed an unauthorized person to enter the locker room after a match.

Brown returned to an earlier stockpile / COVID-19 list on Thursday due to the prolonged viral effects, according to Sports illustratedby Albert Breer. He is unlikely to play in the game against Chargers on Sunday.

Brown was hospitalized on Sunday after air entered his bloodstream during IV pregnancy in the Raiders dressing room ahead of the team’s match against Browns. He is believed to have been released from Cleveland hospital on Monday.

“Nice to announce that he’s up and looks like he’s doing well,” Gruden said on Monday, according to Adam Hill of Las Vegas Review-Journal. “We are waiting for some results of some extensive testing they did today and yesterday. I don’t have anything to report other than that he has an issue. “