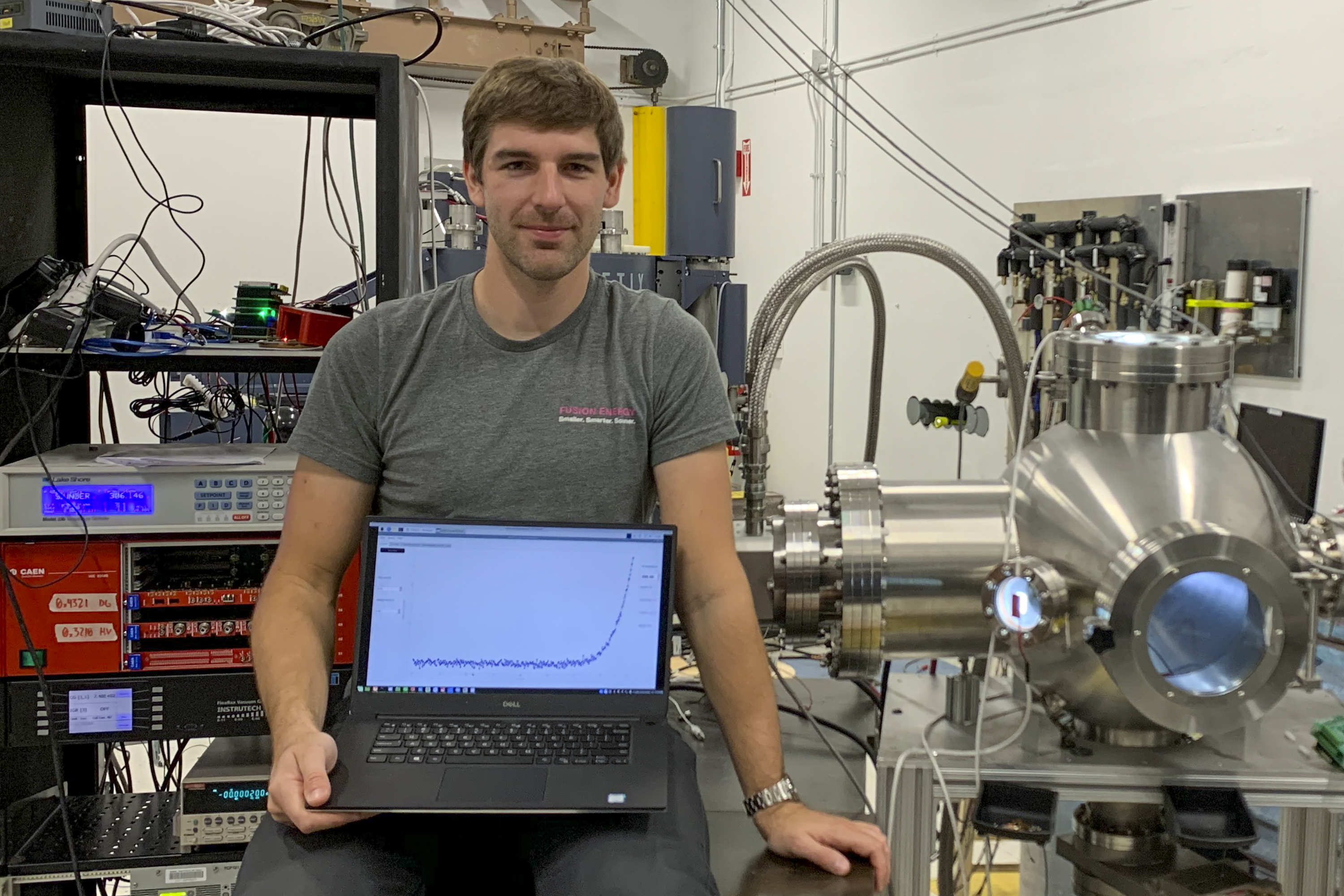 David Fischer remembers growing up in Vienna, Austria, to imagine the best way to cool the furnace used to store hot soup of ions called plasma in a fusion device called a tokamak. With a plasma hotter than the core of the sun being created in a donut-shaped vacuum chamber just one meter from these magnets, what range of temperatures is possible with different coolants, he wondered.

“I drew up these plans and showed them to my father,” he recalls. “Then somehow I forgot about this idea of ​​merging.”

Now commencing his second year at the MIT Plasma Science and Consolidation Center (PSFC) as a postdoc and as a new member of the MIT Energy sponsored by Eni, Fischer is clearly reconnecting with the unified idea ”. And his research revolves around the concepts that bonded with him when he was young.

7;s early designs explored a common approach to generating sustainable, carbon-free fusion energy known as “magnetic confinement”. Because the plasma reacts with magnetic fields, tokamak is designed with magnets to keep the molten atoms inside the flask and away from metal walls where they will cause damage. The more effective the magnetic confinement, the more stable the plasma can become and the longer it can remain in the device.

Fischer is working on ARC, a fusion pilot plant concept that uses thin high-temperature superconducting (HTS) bands in a fusion magnet. HTS allows for a much higher magnetic field than would be possible with conventional superconductors, allowing for a more compact tokamak design. HTS also allows the fusion magnet to operate at higher temperatures, greatly reducing the cooling required.

Fischer is particularly interested in how to keep HTS tapes from degrading. The fusion reaction produces neutrons, which can damage many parts of the fusion device, having the strongest impact on the components closest to the plasma. Although the superconducting bands may be up to one meter from the first wall of the tokamak, the neutrons can still reach them. Even when decreasing in number and after losing most of their energy, the neutrons damage the microscopic structure of the HTS band and change the properties of the superconducting magnet over time.

Much of Fischer’s focus is on the effects of radiation destruction on critical currents, the maximum current that can pass through a superconductor without dissipation of energy. If the irradiation causes the critical currents to degrade too much, the fusion magnet can no longer generate the high magnetic field needed to trap and compress the plasma.

Fischer notes that it is possible to reduce damage to magnets almost entirely by adding multiple layers of protection between the magnet and the fusion plasma. However, this will require more space, which comes at a high cost in a compact fusion power plant.

“You can’t just put the infinite barrier in the middle. You must first find out how much damage this superconductor can endure, then determine how long you want the fusion magnet to last. And then design around these parameters. “

Fischer’s expertise in HTS tapes stems from studies at the Technische Universität Wien (Vienna University of Technology), Austria. Working with a master’s degree in the group of low-temperature physics, he was told that a doctoral position was available to study radiation destruction on coated conductors, materials that could be used. for fusion magnets.

Recalling the drawings he shared with his father, he thought, “Oh, that’s interesting. I was fascinated by the consolidation over 10 years ago. Yes, do it. “

The research results on the effects of neutron radiation on high-temperature superconductors for thermonuclear magnets, presented at a conference in Japan, have attracted the attention of Professor of Nuclear Science and Engineering. PSFC Zach Hartwig and Scientific Director Brandon Sorbom of Commonwealth Fusion Systems.

“They attracted me,” he laughed.

Like Fischer, Sorbom made a discovery in his thesis about the effect of radiation damage on the critical currents of the HTS band. What neither of the researchers had the chance to test is how well the tapes behave when irradiated at 20 kelvins, the temperature at which the HTS fusion magnet would work.

Fischer is currently overseeing a proton irradiation laboratory for PSFC Director Dennis Whyte. He is building a device that not only allows him to irradiate superconductors at 20 K, but also immediately measures the changes in critical currents.

He is delighted to be back at the NW13 lab, intimately known as “The Vault,” working securely with the graduate and University Research Opportunities student assistants. During his Covid-19 lockout, he could work from home to program measurement software, but he missed out on a daily connection with his colleagues.

“The atmosphere is very inspirational,” he said, noting a few questions his job has recently stimulated. “What is the effect of irradiated temperature? What are the mechanisms for attenuation of critical currents? Can we design HTS tape more resistant to radiation? Is there a way to heal radiation damage? “

Fischer may have the opportunity to explore some of his questions as he prepares to coordinate the planning and design of a new neutron irradiation facility at MIT.

“It was a great opportunity for me,” he said. “It’s nice to be responsible for a project now and see that people believe you can make it work.”