Protesters in Portland, rioters target police with lasers and fireworks outside of federal court 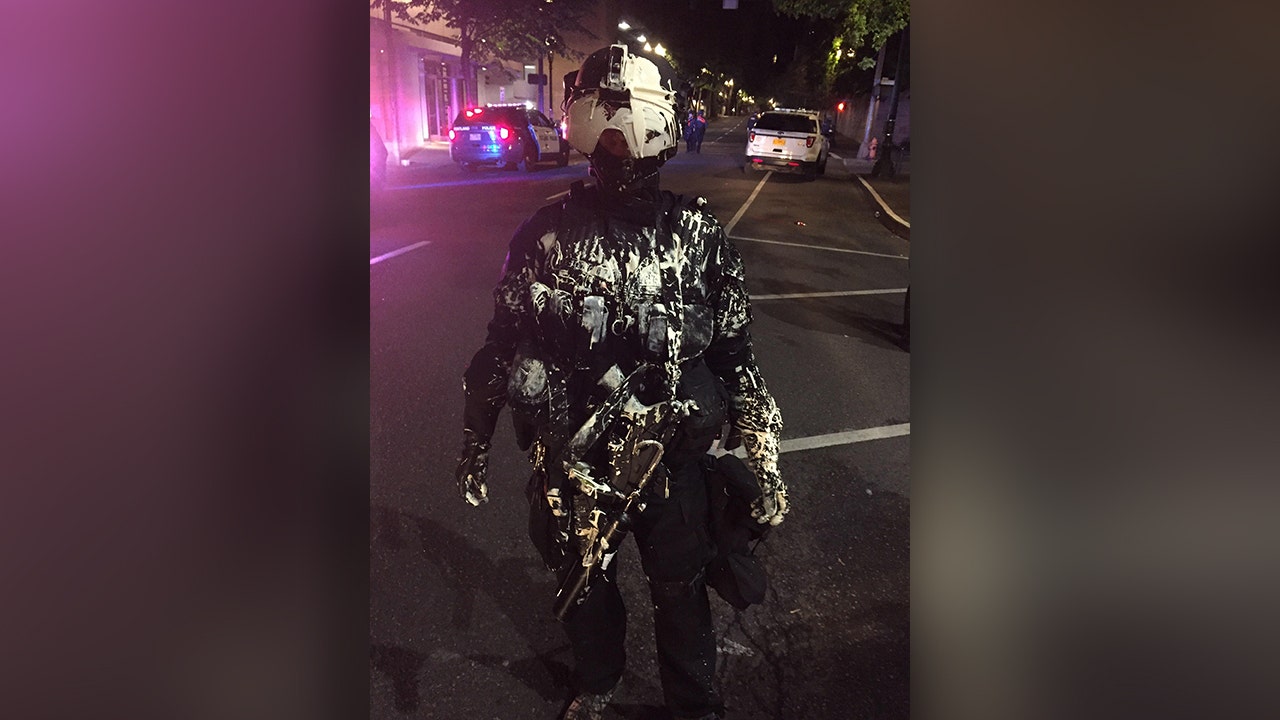 Hundreds of people in the city of Oregon gathered near US Courthouse Mark O. Hatfield, neighboring Multnomah County Justice Center and a police station nearby after night protests elsewhere, including an area. and other Portland Police Association offices.

According to a press release, this group of people fired commercial-grade fireworks towards the court defense as soon as 10:30 p.m. The police ordered them over loudspeakers to “stop firing the fireworks and start shooting”

Instead, some members of the group are said to have responded by shining lasers at the faces of the officers making the announcement. Authorities said other people blocked traffic and caused at least one small fire in front of a nearby area.

Police declared an illegal meeting shortly after 11:30 pm, but events continued to escalate.

A large explosive and other fireworks were thrown at the officers, along with rock, bottle, and fist-sized paint cans, police said.

By midnight, the police reclassified the illegal rally as a riot, at which point the group was believed to have moved back into the courthouse grounds.

“They threw eggs and continued to fire commercial-grade fireworks at the officers,” police said.

The crowd melted at around 2:30 am but not before someone sabotaged a police car parked in the area.

During the night, the officers used tear gas to destroy the crowd. Several people were arrested and many policemen were injured, including one seriously injured on the arm.

Black Lives Matter demonstrators march through Portland after rallying at US Court of Mark O. Hatfield on August 2, 2020. (AP)

Protests have been held every night in the city since police killed George Floyd in May, a black man who died after a white officer pressed his knee to his neck for nearly 9 minute.

Protests in Portland peaked last month outside of federal court, with demonstrators clashing nightly with federal agents sent to the city to defend the court.

The protests dwindled after an attack by agents, who were replaced by soldiers of the state of Oregon. But the demonstrations turned violent again in the last week.