Protesters break windows, throw ‘flammable liquid’ at a business in Portland, and two people are arrested 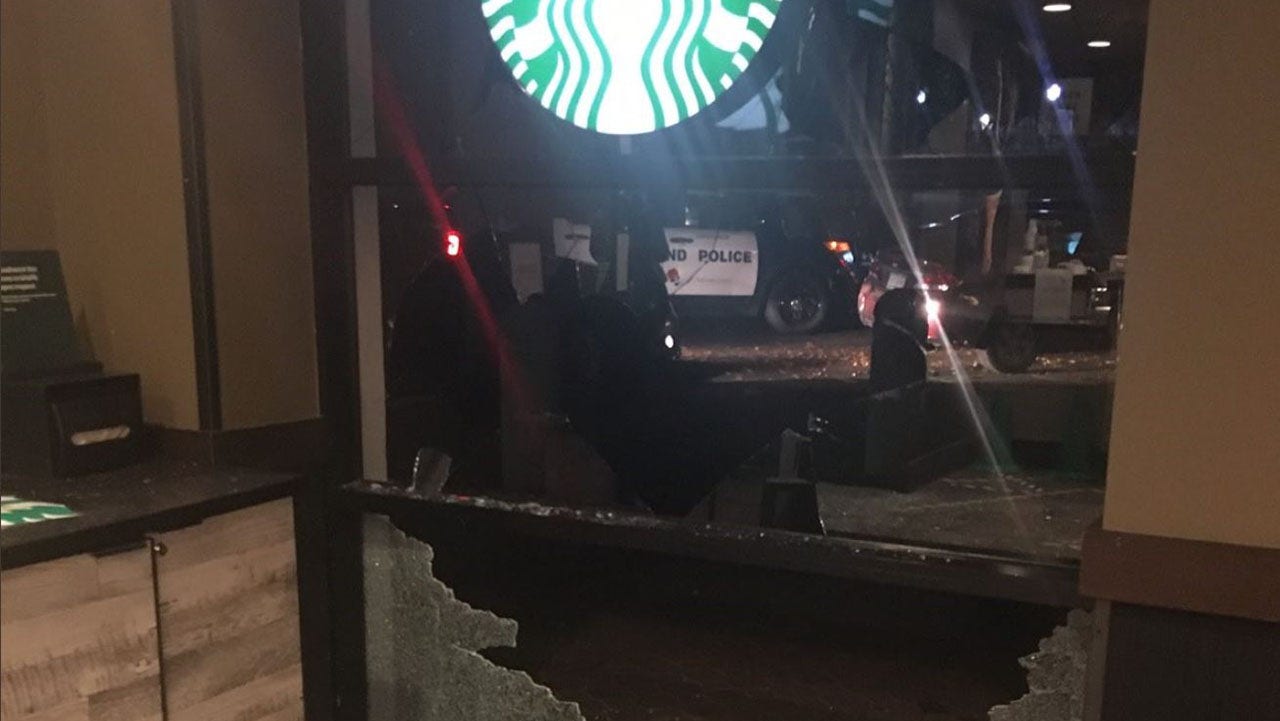 Police in Oregon say at least two people have been arrested after some protesters broke windows at the Portland State University public safety office and a nearby Starbucks store and threw “flammable liquid”. inside.

The police declared an illegal gathering and the group was ordered to disband.

Officers said they were concerned that the march was a “live action” event, which had previously also led to vandalism, KATU-TV reported.

The group paraded from a nearby park around 9 p.m. chanting the name of Jason Washington, a man shot dead by school police in 201

Officers warned protesters as they marched that they could “subject you to arrest, escort, or crowd control officers, including but not limited to tear gas and / or dance. impact gas ”if they engage in destructive activities, FOX 12 reports.