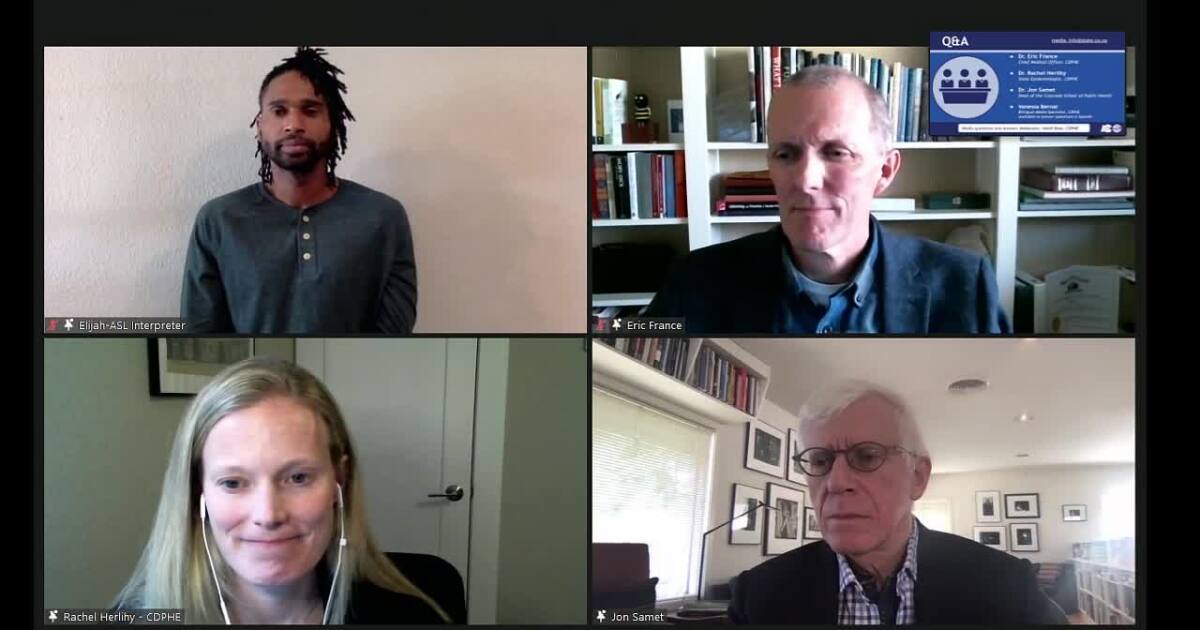 DENVER, Colo. Colorado is on track to see higher hospitalizations for COVID-19 over the next day or two than in April, according to Dr. Rachel Herlihy, an Epidemiologist at the Colorado Department of Health and Environment.

Colorado is also seeing the highest number of cases since the beginning of the pandemic. Herlihy said it estimates that about 9% of Coloradans have been infected with the virus, leaving the majority of the population at risk of COVID-19 infection. As of Wednesday afternoon, there were 925 confirmed or suspected COVID-19 hospitalizations.

“All the data support that the epidemic is getting worse in Colorado,”

The 20 counties currently have a two-week home prevalence rating, considered the most severe. Twenty others are right down here with a higher, safer level of risk on home turf.

These particles are currently communicating with CDPHE to determine steps to reduce the spread of COVID-19. If the situation does not improve, they have the option of moving each district to live at home, said CDPHE Medical Director, Dr. Eric France.

Herlihy said one of the key metrics they are tracking is the state’s positive rate, around 4% between June and October. It has more than doubled to about 9% and is likely to increase among those next week.

Not only is the Colorado numbers interesting, but the current data is even higher than what their predictions suggest, Samet said. Transmission control is declining and cases are increasing in all age groups.

The increasing number of cases and positive rates and hospitalizations involve Herlihy, Samet and France, especially when holidays are coming within weeks. Travel, congregations with multiple households and a lack of social isolation can be problematic.

“There are many weeks left until Thanksgiving and beyond now, we are starting to worry about the possibility,” said France.

Health officials say the best way to reduce transmission is by wearing masks, washing hands often, and grouping up to 10 or less people from at most two different households.