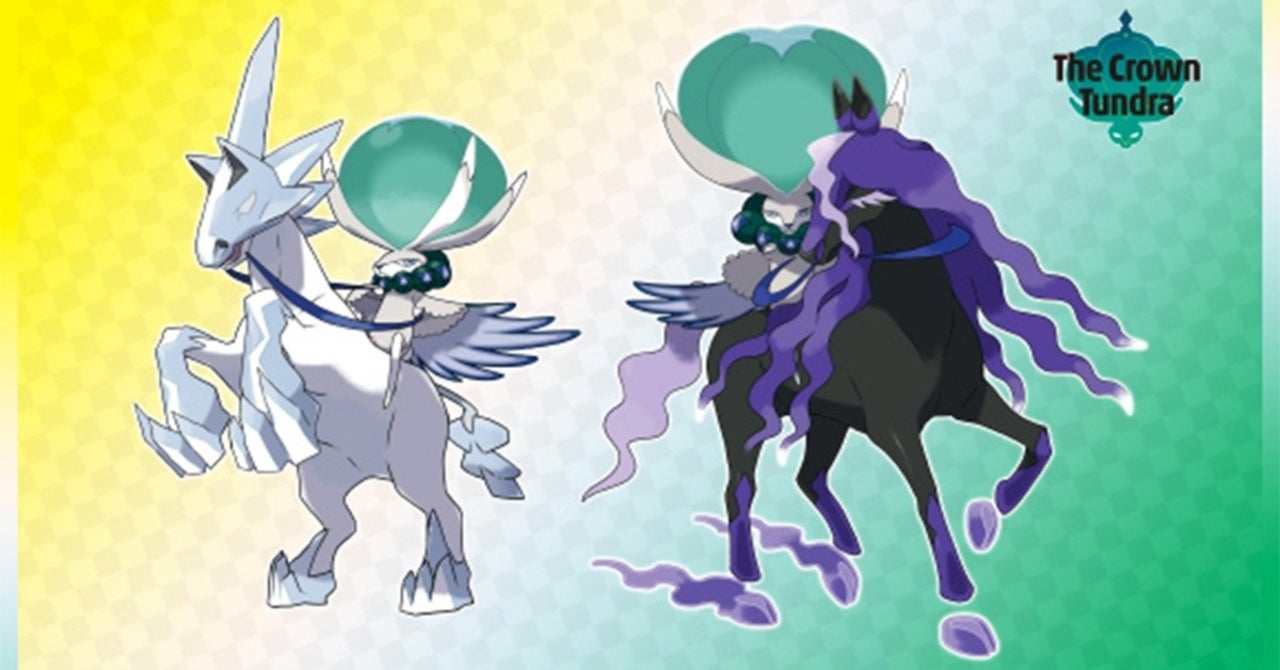 The Pokemon Company has officially announced two new Legendary Pokemon that have suddenly appeared in the latest episode Pokemon Sword and Shield DLC. Earlier today, The Pokemon Company released a new promotional video showing Glastrier and Spectrier, two new Legendary Pokemon appearing in Pokemon Sword and ShieldCrown Tundra DLC. While Pokemon like Calyrex, Regidrago, and Regieleki were all revealed prior to the DLC release, these two Pokemon have been saved as a surprise as players learn the main storyline of the new DLC. Each Pokemon can be combined with Calyrex, making the new Legendary Pokemon the first Pokemon to have two Abilities working at the same time.

The player chooses between Glastrier and Spectrier in the storyline of the Crown Tundra. After learning that Calyrex used to have steeds, players can choose to plant carrot seeds at the Old Cemetery or Ski Slope. Calyrex uses the seeds to turn carrot seeds into Iceroot Carrot or Shaderoot Carrot, causing the respective Pokemon to appear at the Crown Shrine. When Calyrex uses the Reins of Unity to ride Pokemon, the player fights Calyrex̵

7;s Icy Rider or Shadow Rider forms. After Calyrex is captured, the player can use the Reins of Unity (found in their Key Items) to separate Pokemon or unify them.

Players can only get one of the Pokemon when playing through the Crown Tundra, so you’ll need to have a trading partner if you want both Pokemon in your collection.

Crown Tundra is available for purchase as part of Pokemon Sword and Shield Cards expand now.