Paulo Costa says he ‘should have postponed’ the match against Israel Adesanya: ‘My leg is completely broken’ 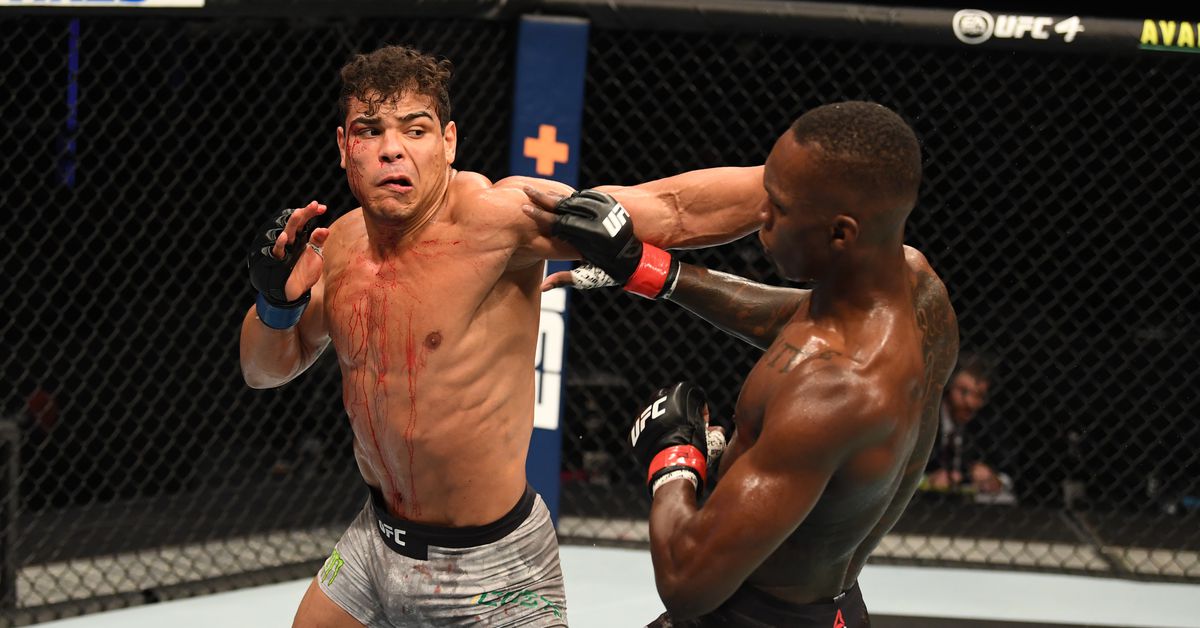 Paulo Costa finally hit the mid-tier championship in September, but lost to Israel Adesanya in Abu Dhabi, losing his first MMA match over TKO in the second round at UFC 253.

“Borrachinha” and his team campaigned for an immediate rematch, but now they have shifted their focus to a title removal game with former champion Robert Whittaker for “The Last Stylebender. “Is moving to light weight to challenge Jan Blachowicz.

Costa went live on her YouTube channel on Tuesday night and said the Whittaker clash was “underway”. Asked by one follower why he didn̵

7;t use his jiu-jitsu more often in the octagon, he said that he shouldn’t have been cageed that day on Battle Island.

“Maybe I could have used more in the Adesanya War, but a lot has happened before that war,” said Costa. “I don’t like talking because that might be the reason, but I can’t sleep, my feet are completely disabled, and I shouldn’t have fought, I should have postponed it next weekend or so. . “

“I saw what happened to Patricky (Freire), who fought for Bellator – and had the same coach, Eric Albarracin – and his team got it right. He wakes up badly, has labyrinthitis on the day of the fight, feels dizzy, (so) he doesn’t need to fight. We’re at such a high level that you don’t have to fight if you’re not feeling well. That is our mistake ”.

Costa still wants to play Adesanya at the UFC and vows that this time it will be different.