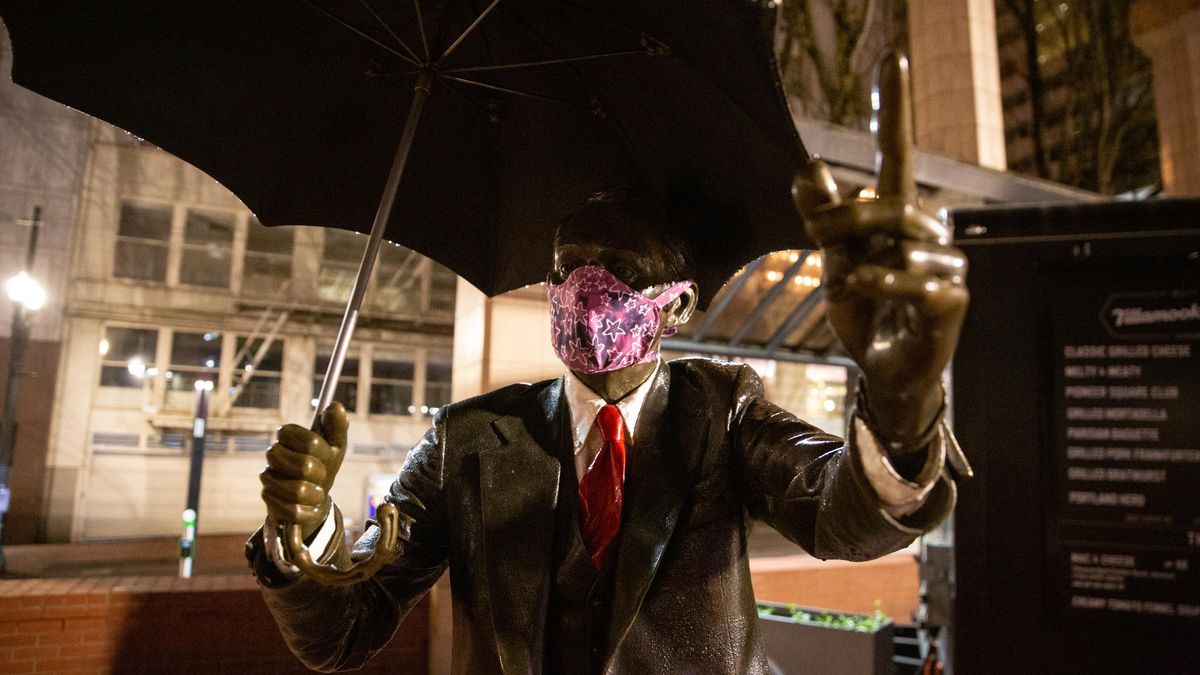 Governor Kate Brown and the Oregon Health Authority announced new COVID-19 restrictions on Friday, after weeks of unprecedented spread. This is the most stringent measure the state has created since the original “at home, save” measures in March.

Oregon did a great job curbing the spread of the past seven months, says Brown, but now needs to go back on the “attack” against the virus. A big challenge: The recent surge is not the result of a big boom at work or school, but the steady and constructive impact of people partying and gathering with you. friends and neighbors.

As a result, counties with an exceptionally high COVID-19 rate will have a two-week “pause” to hold social gatherings, from November 11 to November 25. those districts are encouraged to have employees work from home when possible, restaurants Bars are required to limit outdoor seating or take-out whenever possible, and businesses are loved. bridges limit their total capacity to 50. Visits to long-term care facilities will be suspended. People are also asked to limit their private gatherings.

“The data shows that not all Oregonians are listening,” the governor said. “… Let me be very clear: During these two weeks of pause, please, please limit your social interactions within your family.”

Brown said more restrictions could be put in place over the next two weeks if cases continue to increase. State leaders worry that if people do not change their behavior, the spread of COVID-19 could grow out of control.

“The two-week pauses are meant to be awake or call to action,” said Robb Cowie, Oregon Health Authority spokesman.

The new restrictions come into effect after a county has a rate of 200 cases per 100,000 residents for two weeks or more. There are separate indicators for the smaller, rural counties. Currently, five counties – Umatilla, Malheur, Marion, Jackson and Multnomah – have crossed the 200-case threshold and will be subject to increased restrictions.

Five other counties – Washington, Baker, Clackamas, Union and Linn – are also seeing a rapid increase in incidents. OHA plans to reevaluate its numbers on Monday, and it is likely that state leaders some or all of those counties will be added to the pause list as well.

Just because a county is not on the pause list does not mean that people should continue with their lives as usual.

“Those policy changes are meant to model the changes we want to see Oregonians make to social gatherings,” Cowie said.

In the past, officials have raised concerns that easing COVID-19 restrictions in public could make people less vigilant in their private lives. They hope that the imposition of new public restrictions will convince people to take more preventive measures in their daily lives.

Rhode Island and Massachusetts have issued a curfew prohibiting all unnecessary travel after certain hours. Connecticut has announced stricter restrictions on private gatherings and although there is no curfew, they are encouraging residents to stay home after 10 p.m. Other states have announced new restrictions for bars and restaurants and increased masking regulations.

On the momentum of exponential growth

The new call to action comes as cases soar across Oregon, with a record 805 new cases being reported on Thursday. On Friday, 770 new cases were reported.

During the week of October 26 to November 11, Oregon recorded 3,542 new cases of COVID-19 infections. That is the highest number. More interestingly, it’s 34% higher than last week’s report. While weekly totals tend to increase for more than a month, this is the largest increase from week to week seen in recent months.

The numbers Oregon is seeing far exceed what OHA expected, even in the worst case scenario.

Every two weeks, OHA releases a disease model in association with the University of Washington Institute. This model is not a prediction, but it is useful for planning purposes. Public health officials use it to plan things like increasing hospital capacity.

The latest model was released on October 29 and based on its predictions of the cases and trends that occur until October 10. That model expected the number of cases to continue increase. But it did not include data for the last few weeks of October, a period that included record case load days. When it was released, the modelers warned that it might underestimate future cases.

That fear seems to have materialized. The worst case scenario presented in the model assumes that transmission will increase by 5% and Oregon will see 520 new cases diagnosed each day on November 19.

On November 5, 805 new cases were diagnosed: transmission increased by more than 5%.

“We expected the number to go up,” Banks said, but it wasn’t that high. She says the way these cases are on the rise is “definitely relevant.”

Banks said the state’s hospitalization figures were even more worrying.

“Our hospital census is the highest since the pandemic began,” Banks said. “In the metro area, hospitals are reporting that they are at or above 90% capacity.”

Hospitals will meet with OHA on Friday to discuss how to deal with fast-filling ICU beds.

This story will be updated.