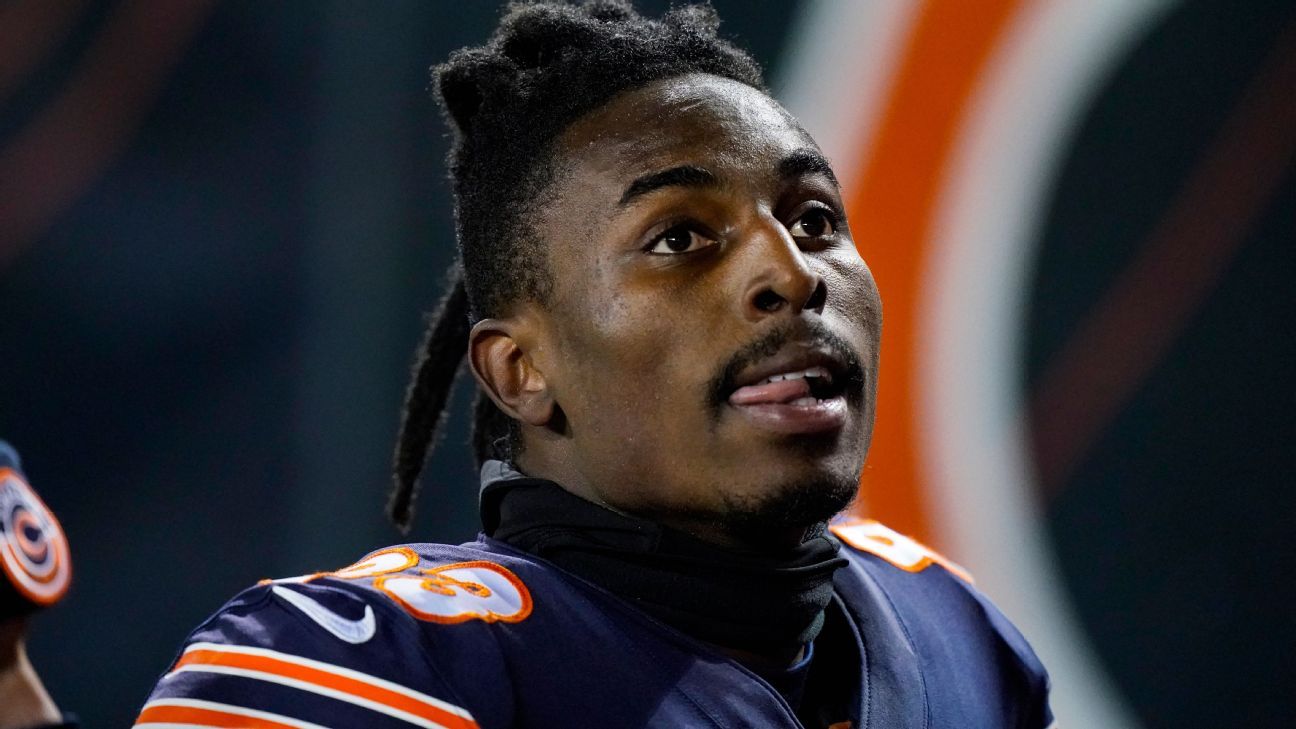 The NFL has maintained a suspension of their two games against Chicago Bears recipient Javon Wims, the tournament announced Wednesday.

The federation said that hearing officer James Thrash “confirmed” the two-match suspension, was because of unsportsmanlike behavior.

Wims will be eligible to return to the active roster on November 17, following Bears’s match against Minnesota Vikings.

Although cameras recorded Gardner-Johnson ripping off Wims’s photo and stuck his finger in the face of Bears’ colleague Anthony Miller in previous plays, Gardner-Johnson insisted on Monday, “I’m innocent. “

“It has nothing to do with me. If he acts, it’s up to him,” Gardner-Johnson said. “It wasn’t a problem. We won the game. I mean, people, there’s a lot of things he said, he said. Nothing happened. Nobody was spit.

“Shouldn’t be anywhere near the game field while the game is in progress. So I won’t answer any further questions about that.”

Bears coach Matt Nagy, who called the punch “unacceptable” on Sunday after the match, told reporters he spoke to Wims and the receiver widely apologized for what happened.

“I spoke to Javon today,” Nagy said during Monday’s video call. “Out of respect, I would keep that between us and internally, but we talked to him, and no matter what happened, he apologized and knew no matter what. You can’t do what he did. “