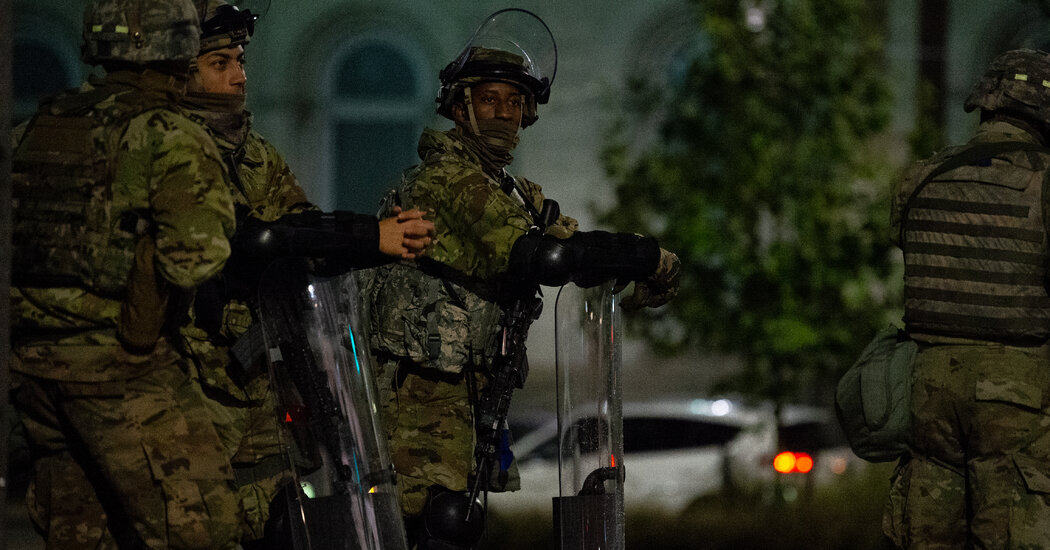 “The founders were wary of military intervention in the new republic, so they gave the states the authority to enforce the law,” said VanLandingham. Governors have long relied on the state military when the local government was outnumbered. Those militias in 1903 were organized as the National Guard, but remained under the control of the governors unless federated because of a national emergency.

The governors have regularly mobilized the Guardians in recent months to respond to protests against policies of violence, as well as storms and wildfires. In June, during the peak of the protests, some 86,000 Guardians were deployed on domestic missions.

Several governors have put the military ready for elections this week, including Governor Greg Abbott of Texas, who San Antonio Express News reports has sent 1,000 Guardians to major cities. to prevent violence.

Although federal law prohibits the use of federal troops, that limit can be lifted by the president under the Resurrection Act, which allows the president to send armed forces if he decides the local government not to enforce it. law of the United States of America. This happened between labor strikes and conflicts with Native Americans and to enforce separation from schools. The action was last used in 1992, when Los Angeles riot broke out after four white policemen were acquitted of the beating of Rodney King, a black driver.

VanLandingham said the Rebellion Act could complicate the response to civil unrest, because mayors and governors had no say about what was considered insurgency, so the military can be sent even if the local authorities do not think they are needed.

“Presidents have been very reluctant to call the military. They have used authority in a concise and responsible way, ”he said. However, he warns, there is virtually no test of the president’s power in sending troops. Court challenges are so slow, he said, that they are often decided long after the executive order is executed, and Congress is not in a position to challenge what the White House sees as a revolt.

“A president can make a ludicrous insurgency statement or violate the Posse Comitatus Act, and the people will have very little demand,” he said.

Mike Baker contributed to the report.