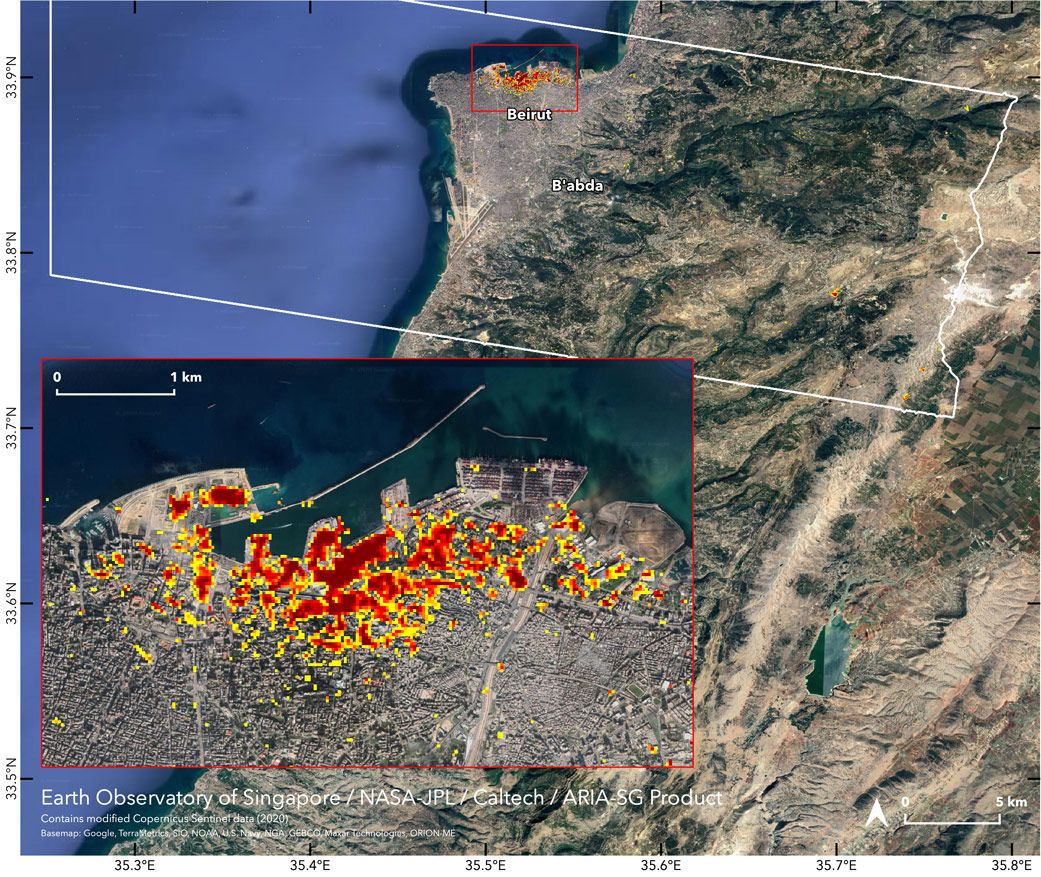 A NASA team, using data from a European satellite program, helped map the devastation caused when an explosion rocked Beirut, Lebanon on August 4.

NASA’s Advanced Rapid Imaging and Analysis (ARIA) team mapped the damage using the synthetic aperture radar obtained from the European Space Agency’s Copernicus Sentinel program. The radar shows changes to the ground before and after major events, such as earthquakes.

“Maps like this can help identify severely damaged areas where people may need assistance,” said NASA, whose ARIA team works in partnership with Singapore’s Earth Observatory, said in a statement. “The explosion occurred near the city’s port … and is estimated to have caused billions of dollars in damage.”

The worst damage, such as around the port of Beirut, shows up as dark red pixels. Orange areas suffer moderately and yellow areas may be less affected. Each individual pixel represents an area of ​​33 yards (30 meters).

Beirut’s destruction has also been mapped by other satellites, including the SkySat satellite operated by San Francisco-based Planet company. Satellite imagery, released last week, shows the port area before and after the blast occurred.

More than 200 people are believed to have died from the explosion, according to BBC, with dozens still missing after the explosion. The three cabinet ministers and several members of the National Assembly have resigned; The explosion was caused by more than 3,000 tons (2,750 tons) of ammonium nitrate that were unsafe stored for six years, the report added.