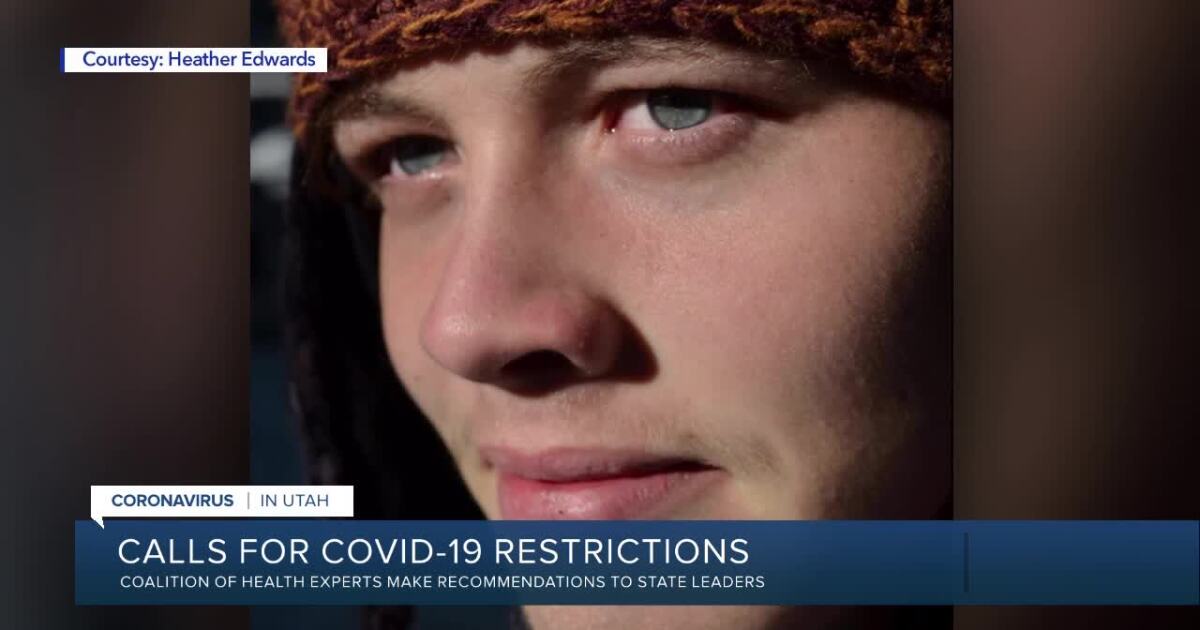 SALT LAKE CITY – Health experts fear the strong recommendations for Governor Gary Herbert’s office may have fallen into deafness while nearly 650 Utahns died of the disease.

Heather Edwards said: “He thinks he has the flu very badly.

Keegan Theurer was one of the youngest Utahns to die from a COVID-19 complication. He was admitted to the ICU on his 22nd birthday.

“She started to hallucinate,” said Edwards, Keegan’s mother in San Diego, California. “She kept complaining of severe migraines. He has been complaining of migraines for several days at this point. “

The virus caused a significant swelling of the Logan̵

7;s man’s brain. Keegan fell into a coma. On October 24, doctors announced he was brain dead.

“We only waited for about half an hour and they said he had breathed his last and was declared dead,” said Edwards.

His mother said her son was young, healthy and not at high risk.

“Just be optimistic and get out of there. Test adulthood and enjoy it. He’s a good kid, ”said Edwards.

With the number of illnesses and deaths skyrocketing, an alliance of health professionals has pushed recommendations to state leaders.

“Right now, basically, we have to shut down a lot of social interactions, such as gatherings, family gatherings, parties, weddings. That sounds cruel but it’s true, ”said infectious disease doctor, Dr. Todd Vento.

Dr. Vento believes that most businesses and schools in Utah are doing their part. However, at a meeting with state leaders and the White House Task Force late last week, he was concerned that rigorous scientific-based recommendations were not taken seriously.

“I’m really disappointed, I’m as honest as possible here, people leaving those rooms used the visit as a way to confirm what they believed,” said Dr. Vento.

The Governor’s Office told FOX 13 that “they are currently discussing the next steps and at this point everything is ready.”

Keegan’s mother hopes compassion is included in the plan.

Governor Herbert’s office is expected to make an announcement on possible actions on Monday.