More than 6,000 people became infected due to a leak of the Chinese vaccine factory 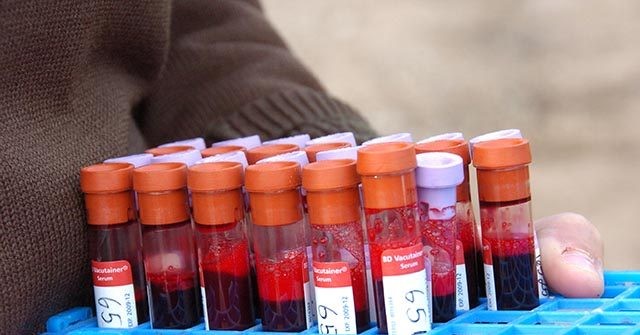 More than 6,000 people in the northwestern Chinese city of Lanzhou have tested positive for brucellosis after they were exposed to a contaminated spray from a leaked state-run brucellosis vaccine factory. leaking more than a year ago, the Chinese state health agency announced on November 4.

A total of 55,725 people have been inspected so far near the factory, accounting for 97.5% of the total residents in the Yanchang Road subdivision, the most severely affected area, and 6,620 people have been confirmed infected. “, the Chinese state-run Global Times reported on Thursday.

4 involving the same outbreak. At the time, government health officials said they had only recorded 3,245 cases of brucellosis positive in the same district.

Brucellosis is a highly infectious bacterial disease commonly found in domestic animals such as goats, sheep, and pigs. Humans often get sick from close contact with infected animal tissue, or by ingesting unpasteurized dairy products from infected animals. Symptoms of Brucellosis include recurrent fever, fatigue, and joint pain. Although rarely fatal, the disease can cause chronic health problems and affect reproductive health.

According to Caixin Global, officials said: “This is causing bacteria to enter the factory’s exhaust gases and infect those around them.

“There are more than ten communities with a total population of more than 10,000 people living within one kilometer of the factory,” noted Beijing-based news site.

Lanzhou Biopharmaceutical Factory is a unit of the livestock industry of the Chinese state. According to the state health committee tasked with investigating the incident, the plant’s polluted emissions forming aerosols are diverted in the wind direction to the nearby Lanzhou Veterinary Research Institute, where the outbreak for the first time recorded in November 2019.

“Eight people responsible for the incident in the pharmaceutical plant were fired or warned,” an official with Lanzhou Department of Agriculture and Rural Affairs said at a news conference Wednesday, according to the report. Global Times.

The Chinese state government closed Lanzhou Biopharmaceutical Factory in December 2019 and dismantled the factory in October 2020.

“Local authorities will urge the company to further accelerate the relocation of the factory out of the city, to eliminate the source of potential hazards,” Lanzhou Vice Mayor Wei Qingxiang said at the meeting. newspaper on Wednesday. Wei refers to the state-owned Chinese Livestock Industry, which runs the pharmaceutical factory.

Lanzhou outbreak of brucella is the latest vaccine corruption scandal to hit China in recent years. Though many times failed The Chinese Communist Party insists that it will soon release an experimental Chinese coronavirus vaccine.