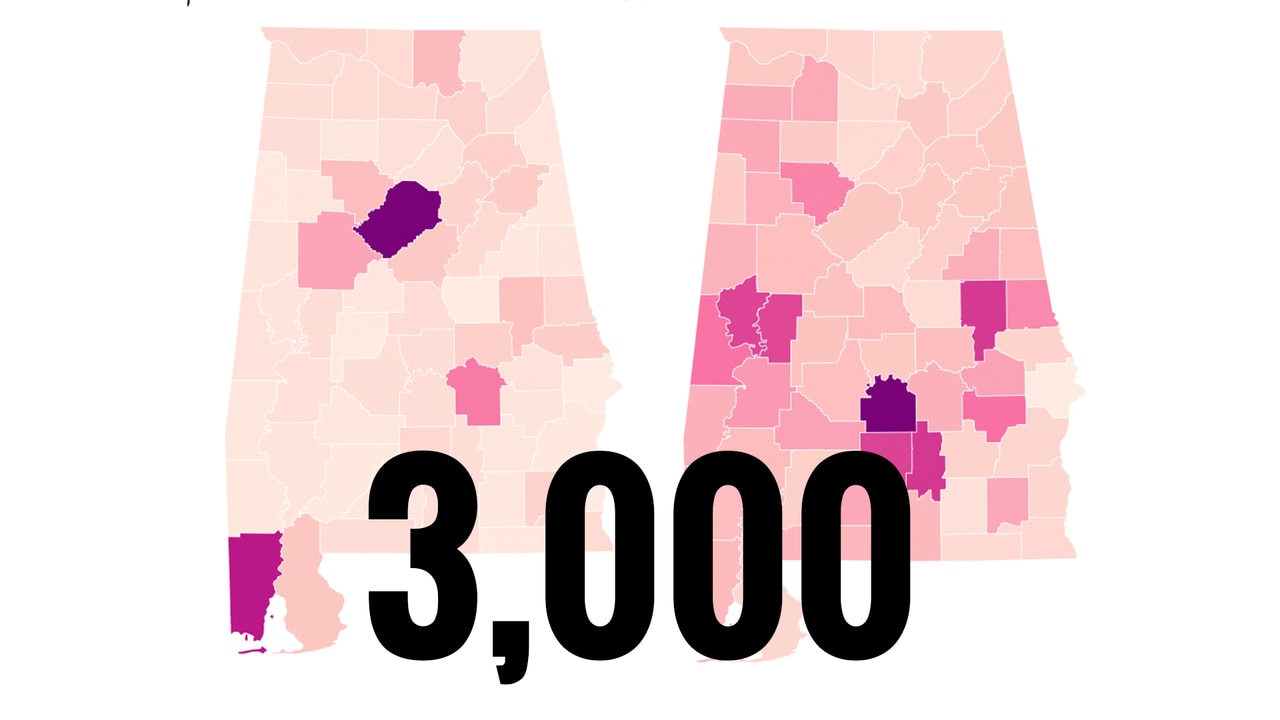 The death toll in Alabama’s continued struggle with the coronavirus reached 3,000 on Wednesday, according to the Alabama Department of Public Health. Fatalities have been reported in each of the state’s 67 counties, and new cases here are growing rapidly.

The state reported 3,006 coronavirus deaths as of Wednesday. More than half of the state’s deaths come in just nine counties, and more than a third come from four counties – Jefferson, Mobile, Montgomery and Tuscaloosa.

Of the deaths in Alabama, where data are available, 56% were white and 38% were black. The state is more than 69 percent white.

Jefferson County, the most populous county in the state, recorded the most coronavirus deaths. The Alabama Department of Public Health reports 390 people have died there. Mobile was the second most populous district and had the second highest number of deaths with 324 – 100 more than the next nearest county.

Just five counties have had at least 100 deaths from the virus. Tuscaloosa, where 145 people died, was the least populated of those five counties. Montgomery recorded 211 deaths and Madison County reported 102 deaths.

Population censorship provides another picture of Alabama’s death toll. In a way, it also shows how far the state has come in treating the virus. Many of the counties with the highest death tolls per 10,000 have suffered premature deaths in the pandemic, and their death toll has since decreased.

Lowndes County, a small Black Belt county in western Montgomery, had the highest death toll per 10,000 people at 29. But many of them died earlier in the pandemic.

A few other rural counties in Alabama have a similar situation. Tallapoosa County, northeast of Lowndes, had one of the state’s early outbreaks during the pandemic. No confirmed deaths have been reported there in the past 15 days.

Due to the way deaths are reported, there is often a delay between when death occurs and when coronavirus is officially declared death. Early deaths from a pandemic are often added to the tally much later.

The Alabama Department of Public Health has a dashboard page that shows the number of deaths by day, but the data is incomplete. It took weeks for deaths to show up there and hundreds of people missing. But according to that page, the number of deaths in Alabama peaked in July and August.

Do you have an idea for a data story about Alabama? Email Ramsey Archibald at the address rarchibald@al.comand follow him on Twitter @RamseyArchibald. Read more on the Alabama data story here.