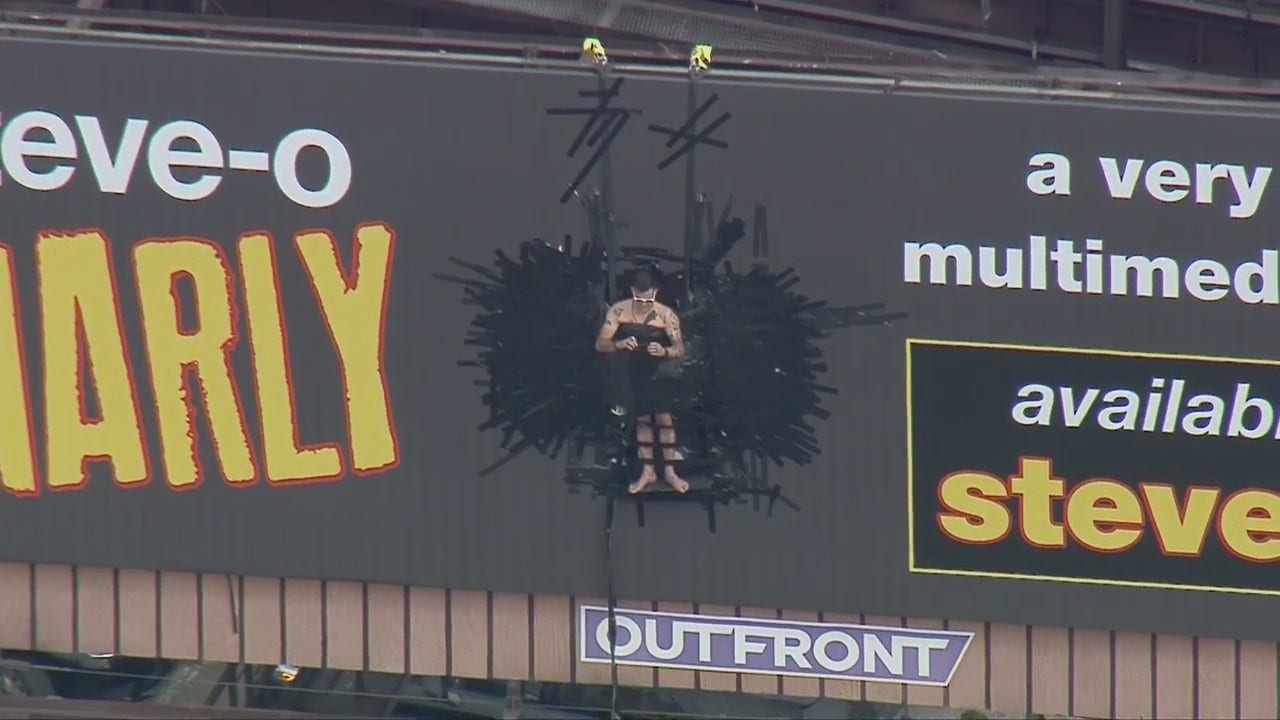 HOLLYWOOD, Calif. – Fire forces and law enforcement on Thursday reacted to an unusual call for service when they were told that a man had stuck to a billboard in Hollywood.

The Los Angeles Fire Department called the incident a “patient behavioral emergency”, in which “a person defends (they?) Enters a billboard.”

When the crew arrived at the scene in the 1700 area of ​​Cahuenga Avenue, they discovered that the man was actually Steve-O comedian and TV character in a clearly publicized stunt.

Video from SkyFOX shows dozens of spectators on the street below taking photos and videos of Steve-O sticking tape to billboards.

After about an hour, the staff were able to take him off the billboard.

It is not clear whether Steve-O will face charges for this latest stunt.