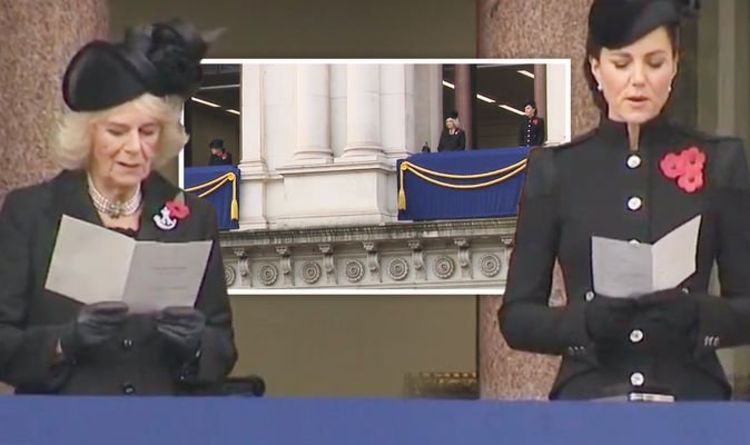 Kate, the Duchess of Cambridge, wore a black coat and hat fitting in tribute as she watched her husband Prince William and Prince Charles lay a wreath on behalf of the Royal at Cenotaph in Whitehall. The Duchess was joined by Camilla, the Duchess of Cornwall, as the pair stood out from society because of the grave event.

The Queen stood privately on another balcony as she led the country for two minutes of silence to mark the end of World War 1.

The king was only waiting with his wife Susan Rhodes in the Foreign Office building, Commonwealth and Development.

The 94-year-old grandmother watched her son Charles put a wreath on her behalf in Cenotaph. The heir to the throne also has a second in a separate tribute to himself.

Prince Harry and Prince Andrew, both of which have resigned from royal duties, are also significantly absent.

This year’s Sunday Memorial service has been shrinking due to the ongoing coronavirus pandemic.

In previous years, Whitehall typically had thousands of veterans and military personnel, but today fewer than 30 veterans attend.

The public is also unable to attend this year due to UK national lockdown for a second time.