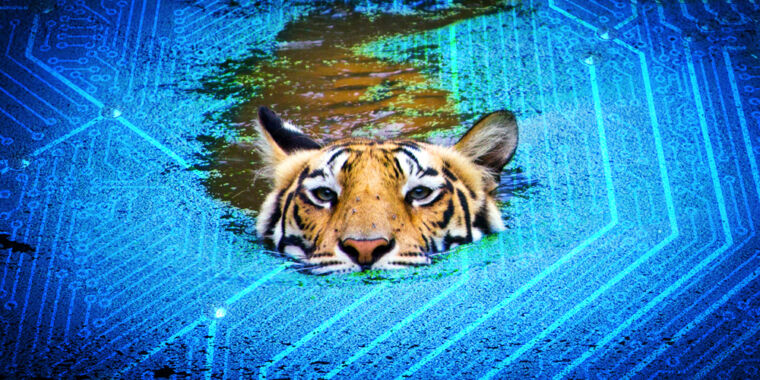 This Tuesday, Intel hosted an all-day virtual “Architecture Day” conference and took attendees into the architecture of upcoming products in all categories: CPUs, GPU (dedicated and integrated) and FPGA. We did a lot of research about what Intel is doing and why, with the most specific details being about the impending release ̵

Even for a conference called “Architecture Day,” Intel took us exceptionally deep into its manufacturing and packaging processes. The presentations of the day focused mainly on improvements in individual transistors and capacitors as they worked on improvements in the processor design itself.

Beyond a purely educational perspective, Intel’s focus on lower levels of design seems to serve two purposes. The lower-level focus makes Intel’s 10nm process worth the unexpectedly long wait – and it gave Intel the chance to remove the sore “++” suffixes for its process size. and named the whole “SuperFin” which is more human-friendly.

With the 14nm process already “++++” and 10nm already on “++”, even Intel’s engineers started to get confused talking to each other. So change isn’t just good for marketing. The name SuperFin is the compound word for “SuperMIM capacitor design” and “redesigned FinFET transistor.”

From the micro to the macro

The problem when it comes to the quality of the individual transistors and capacitors in an overall package is that it is difficult to switch directly to performance. So now that we know that Intel is working hard at the lower levels, we move on to designing the principles more familiar to most – voltage, frequency, and sub-processors.

We are also expecting much improved integrated graphics. Ice Lake’s Iris + is a much-needed blow to Intel’s traditional iGPU, but it still lags significantly behind AMD’s Vega 11 integrated laptop graphics. Tiger Lake removed Iris + and replaced it with a more powerful LP vehicle.

Intel describes its new line of Vehicle graphics, including the LP Vehicle, as “industry-leading” —and while the company hasn’t released its benchmarks yet, we suspect that’s no joke. The Leaked Time Spy benchmark shows that the Tiger Lake i7-1165G7 beats AMD’s Ryzen 7 4700U on the GPU by a substantial margin – 35% of the raw score.

Similar leaked preparation scores have a four-core / eight-thread i7-1165G7 and a Ryzen 7 4700U 8c / 8t in the CPU’s deadly power, with indistinguishable scores. What’s worth noting here is that Time Spy is notoriously limited to thread – although the Ryzen 7 4800U, with eight cores and 16 threads, beat the leaked i7-1165G7 CPU score by 34%.

Ultimately, Tiger Lake will be able to drive more screens at higher resolutions – and handle AI workloads on pipes with larger resolution – than Ice Lake could.

We haven’t really got our hands on any of the Tiger Lake parts yet, and there’s a world of difference between the manufacturer’s claims and the fully implemented, independently tested systems. But in reality, Intel is losing new confidence and making bold claims, if it is still early. It seems like a safe bet that the Tiger Lake laptop CPU will be a serious competitor to AMD’s Ryzen 4000 – and neither Ice Lake nor Comet Lake really are.

The really interesting question – and one Intel is still wondering about – is how many Tiger Lake CPUs Intel will be able to supply to OEMs. Company presenters say the 10nm supply issues we saw at Ice Lake have been “fixed” – but they don’t give a lot of definition as to what that means.

As we pushed Intel executives further, we received a confirmation that there would be no iteration of Comet Lake – 11th generation mobile parts would be just 10nm, without throughput. 14nm competitive newspaper. But that statement comes with some notable cautious risks regarding what the OEM chooses to buy and for how long. This may just be a caution, or it could be an indication that Tiger Lake will only be seen in high-end, relatively low-capacity systems like the Ice Lake way.