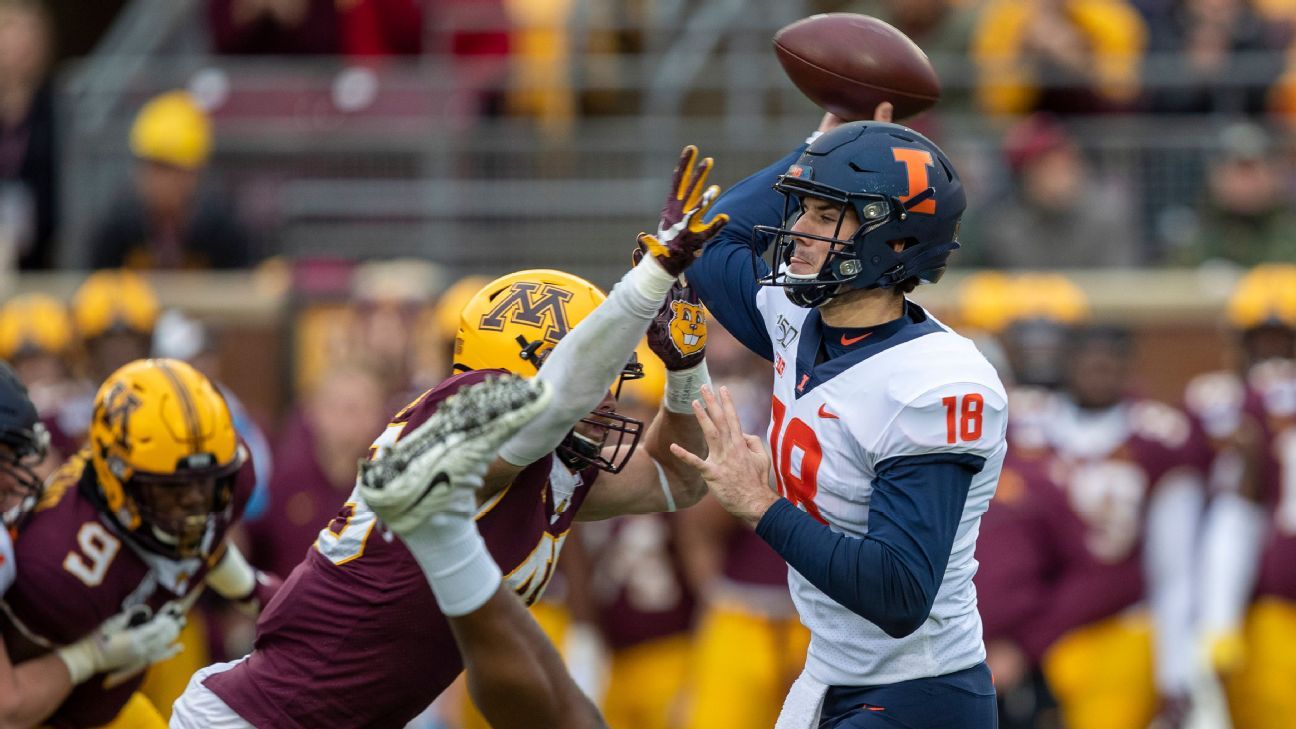 Both Peters and Moore will miss Illini’s match with Purdue on Saturday, with “several other players” having to sit out to monitor contact. Illinois has come up with a list of 14 players for this game, including Peters and Moore, because of injury or contact tracking.

The school will not specify whether players will have to retire due to injury or not, but the list includes attacking midfielder Doug Kramer, striker James McCourt and reserve defender Isaiah Williams. Peters and Moore will sit out for 21 days, according to Big Ten policy, and will be eligible to return for the November 21

That timeline will leave both players missing out on games against Purdue, Minnesota and Rutgers and returning with just four games left on schedule.

Peters threw 1,884 yards and 18 touches last season for Illinois and finished 8th with 87 yards in his first game this season against Wisconsin.

While it’s not clear if positive tests are involved, Wisconsin is Illini’s rival for the first week of the season and the Badgers are dealing with their own COVID-19 breakout. Wisconsin’s sporting director, Barry Alvarez, said on College GameDay on Saturday that Wisconsin currently has a total of 22 cases on the show.

That includes head coach Paul Chryst, starting midfielder Graham Mertz and backup midfielder Chase Wolf. The Badgers canceled their match against Nebraska this weekend and Alvarez said the show will make a decision on Tuesday whether the team can play the Purdue match on November 7.

In addition, Purdue’s extensive Rondale Moore recipient is not expected to play on Saturday in Illinois, a source told ESPN’s Adam Rittenberg. Moore was also sidelined in his opening game against Iowa but sidelined.