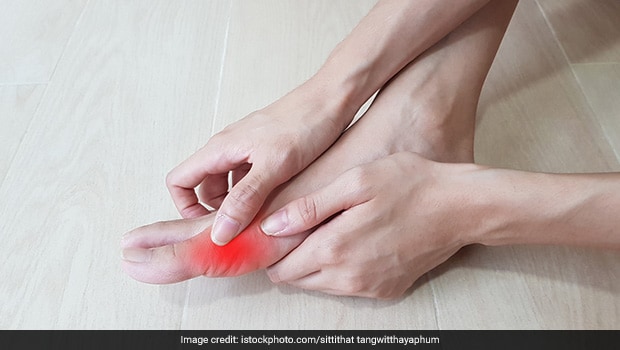 Increased uric acid levels in the human body are a fairly common problem today. This continues to lead to a number of health problems, including gout (a type of arthritis caused by a buildup of uric acid crystals), kidney stones and kidney failure. The uric acid level in our bodies is usually detected through a simple blood test. A new study has found that too high blood uric acid levels can also significantly reduce a person’s chances of survival. The study’s findings were published in the European Journal of Internal Medicine.

According to researchers at the Limerick College of Medicine, high uric acid levels can shorten a person’s life expectancy by up to 11 years. High levels of uric acid continue to lead to serious medical conditions like heart disease, stroke, diabetes and more.

The team surveyed data of 26,525 people with high uric acid levels and the results they found were “pretty staggering,”

; said a report on the Limerick University website. It was found that the mortality curves for men and women differ.

“For men, the message is quite clear. Mean survival decreased by an average of 9.5 years for men with low serum uric acid levels (below 238µmol / L) and 11.7 years for for men with high SUA concentrations (greater than 535µmol / L) compared to patients with levels of 357-416µmol / L, ”lead author Dr. Leonard Browne, Senior Researcher in Biological Statistics at the School Medical UL said.

He added: “Similarly, for women, we found that mean extra life decreased by almost 6 years for those with greater SUA levels than 416µmol / L, compared to women with moderate SUA. often.

Considering the findings being considered, we can say that while the right medication according to the doctor’s advice is essential to normalizing uric acid levels in the blood, healthy eating habits may also be help achieve overall fitness.

More on the uric acid problem, Kolkata-based nutritionist Mala Chatterjee recommends removing purine-rich foods from the diet of people with high uric acid levels to similarly reduce them. For those who are not reversed, purine is a chemical compound that breaks down into uric acid during digestion. It is easily found in certain animal and plant foods.

Here are nine foods to avoid, as suggested by Nutritionist Mala Chatterjee:

Note: Food recommendations are not part of the research.