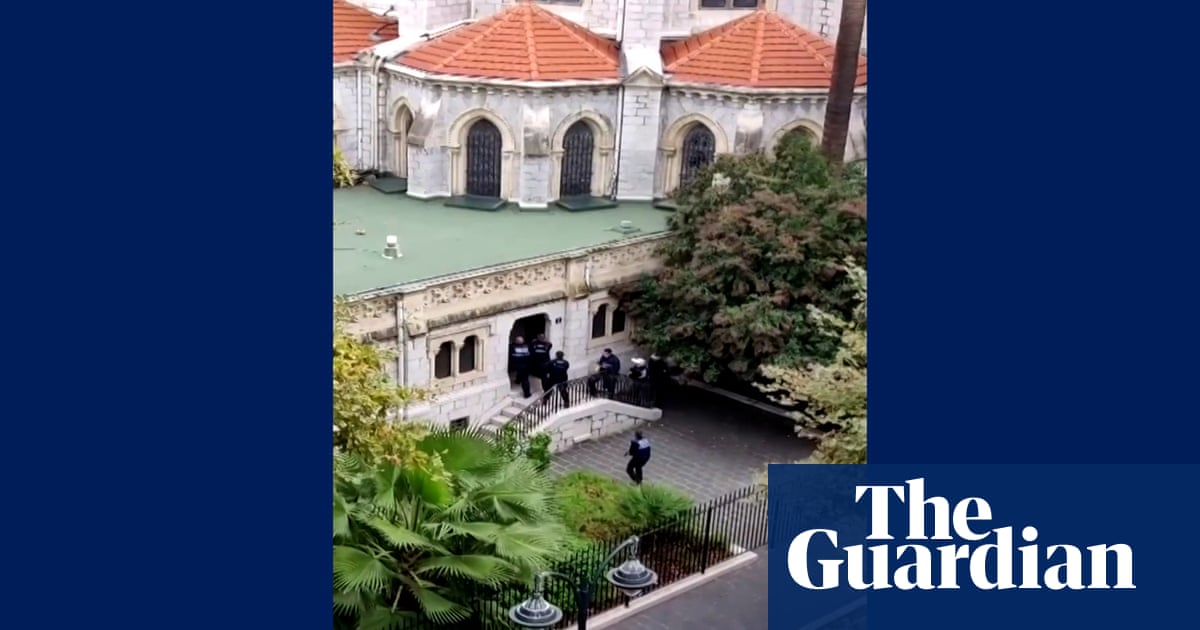 A video captures the sound of gunshots as police react at the scene of a deadly church attack in the French city of Nice on Thursday. A man armed with a knife killed three people – two women and one man – in a terrorist attack inside Notre Dame Cathedral in the city center. The police described the scene as a ̵

6;terrifying prospect’. The mayor of Nice city, Christian Estrosi, said the attacker had said ‘Allahu Akbar’ several times when he was arrested and handcuffed by police.