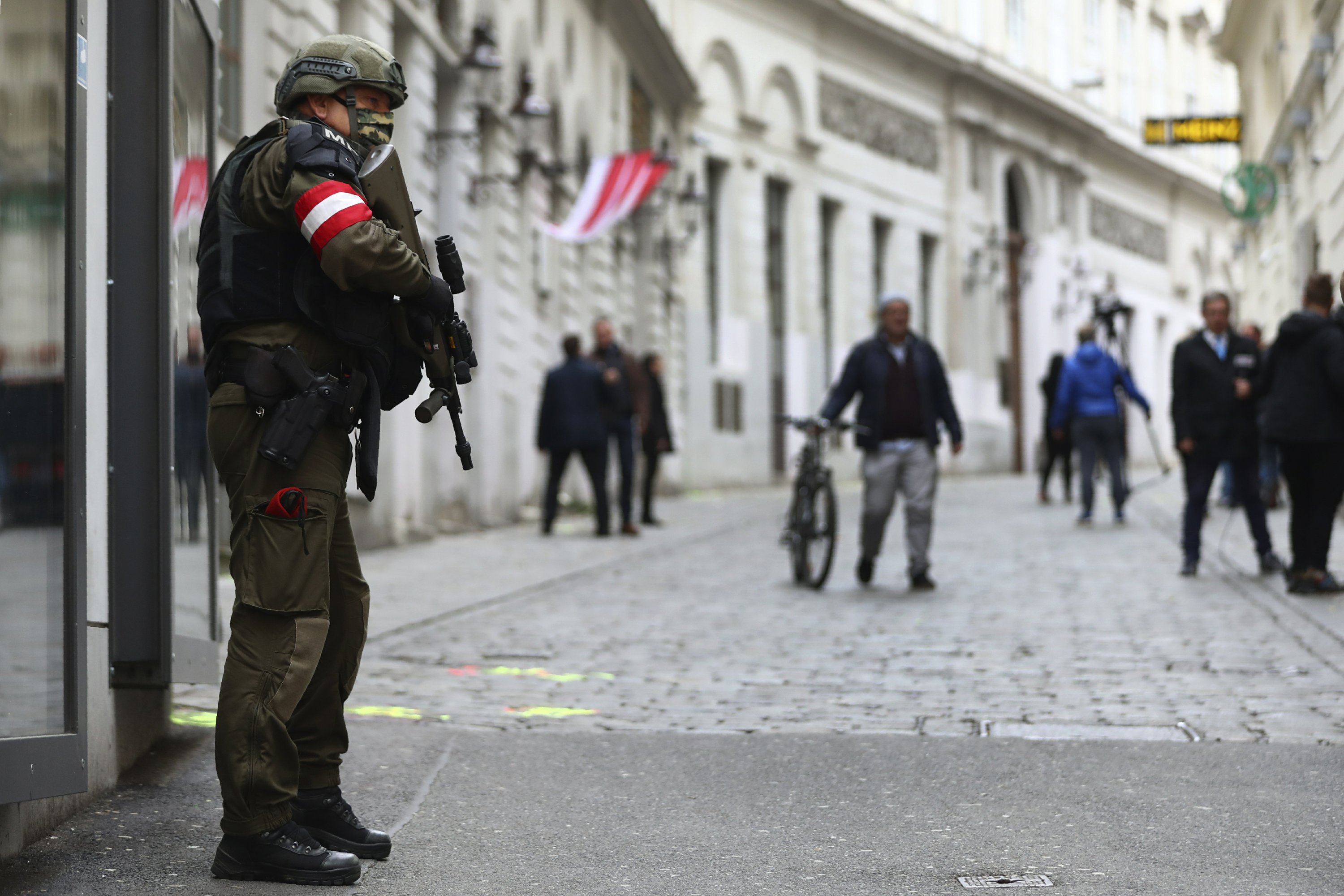 BERLIN (AP) – German police on Friday raided the home and business of four men linked to Islamic State sympathizers who carried out a deadly shooting at the defense the Austrian capital of Vienna this week.

Meanwhile, Austria announced a temporary dismissal of some officials for errors made prior to the attack and ordered the closure of two mosques in Vienna that the gunman had visited.

German police, including members of the GSG9 counterterrorism unit, searched facilities in the central city of Kassel, Osnabrueck in the northwest and in the Pinneberg county near Hamburg.

Police said that although the men were not currently suspected of being involved in the shooting on Monday, there was evidence that they had a connection with the attacker.

Four people were killed in the attack, and the gunman was also killed. Another 20 people, including a policeman, were injured.

German federal prosecutors say two of the men searched at the facility are believed to have met the attacker in Vienna this summer. A third contacted him online, while a fourth did not contact the attacker directly but contacted people who knew him.

Prosecutors said they were trying to gather feasible evidence during the search and no one was arrested.

Austrian authorities identified the attacker as 20-year-old Kujtim Fejzulai, of both Austrian and North Macedonian nationality, who had a conviction of trying to join IS in Syria and was released early in December. .

An investigation was conducted to find out why Austria did not put Fejzulai in sight despite being revealed by Slovak officials that he had tried to buy bullets at a store in Bratislava in July.

6 people in the country in connection with the attack. Four of them had previous convictions regarding terrorism and a few others also had criminal records.

The APA news agency reported that eight of them are currently detained pending official charges, while six have been released.

Amid fears that authorities ignored warning signs leading up to the attack, officials said on Friday that the head of the Vienna regional counterterrorism agency had resigned and some Other officials involved in the investigation are also being replaced.

“In our opinion, there have been unacceptable flaws in the investigation,” Interior Minister Karl Nehammer told reporters.

Austrian authorities also announced they had ordered the closure of two mosques in Vienna that attackers regularly visited. About 70 police took part in closing two mosques on Friday.

Susanne Raab, Austria’s minister for integration, said the mosques were considered to have provided what she described as “a breeding ground for dangerous ideologies”.

“I want to emphasize that it is not the war against Muslims in Austria,” she said. “We all fight together, because the Muslims in Austria are also among those particularly threatened by political Islamism and extremism.”