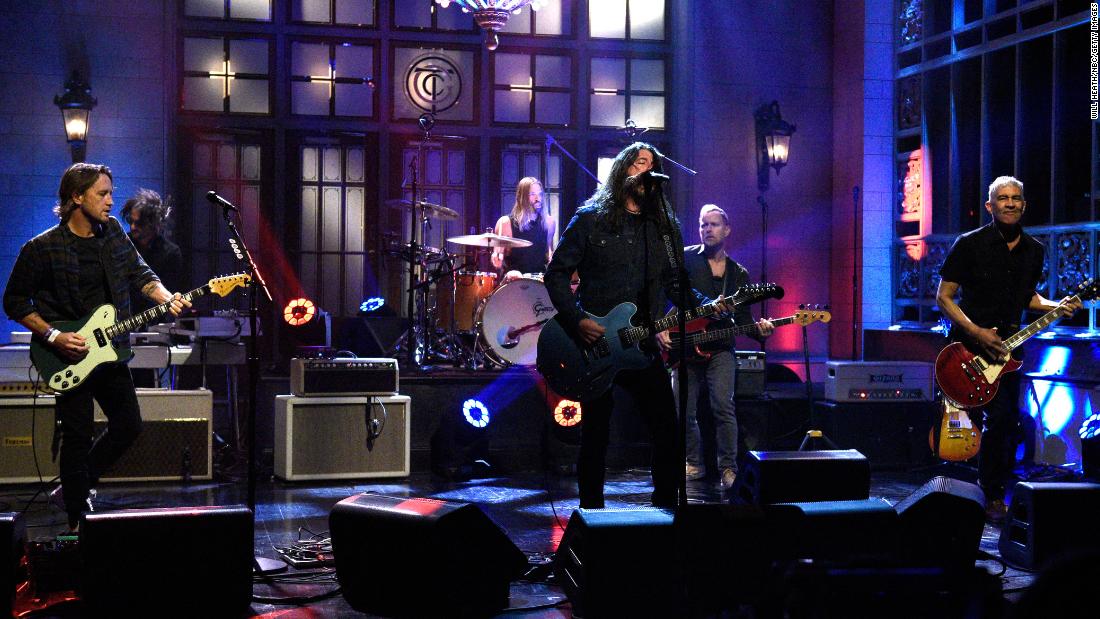 The single – which was officially released when the episode aired – will appear on the rock band’s 10th studio album that will be released on February 5th. The band also performed its 2002 hit song “Times Like These “.
The episode “SNL” aired the same day as Joe Biden and Kamala Harris were predicted to be the presidential race winners, and actors Jim Carrey and Maya Rudolph didn’t miss a beat.

“Thank you very much America! We did it!” Carrey’s president-elect said, opening the show. “Can you believe it? I honestly cannot. It̵

7;s been so long that no good thing has happened.”

Carrey’s Biden also said he would become president of all Americans.