Fighting was fierce near the important town in Karabakh 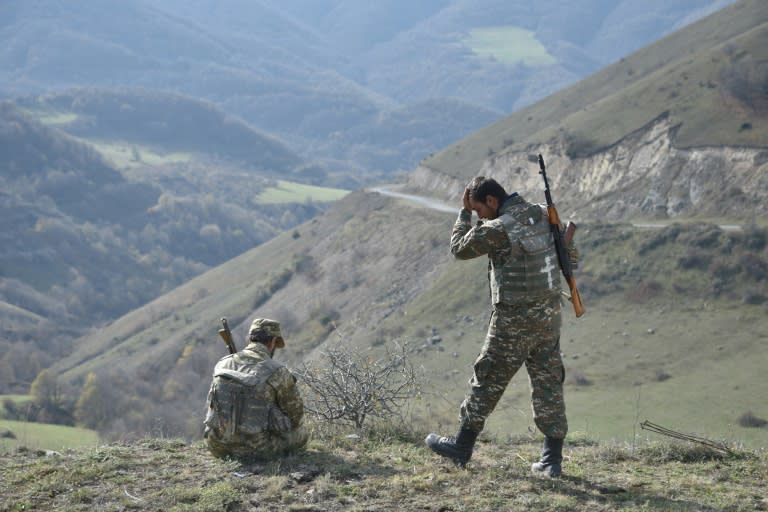 Armenia reported on Saturday that a “fierce battle” with Azerbaijan forces took place during the night near the town of Shusha, a key stronghold in the disputed Nagorno-Karabakh area.

After weeks of fierce fighting over the mountainous provinces, Azerbaijan appears to close above the strategic town, 15 kilometers (nine miles) away from the main Karabakh city of Stepanakert.

The hilltop town of Shusha sits on a main road connecting the unrecognized republic’s capital with Armenian territory, which favors the separatists fighting for Karabakh independence.

; overnight outside Shusha, adding that many attacks from Azerbaijan had been averted.

Armenia also reported frequent shelling during the night on Shusha, where its beloved Armenian church was damaged in the attacks last month.

The Azerbaijan Defense Ministry denied this accusation, saying that the information of shelling on Shusha was “completely untrue”.

The second Armenian military spokesperson, Artsun Ovanissian, wrote on Facebook that “no losses, no way of retreat” in Shusha and “the fighting continues”.

Meanwhile, the Karabakh authorities said the main city of Stepanakert territory had been hit by Grad and Smerch missiles from the Soviet era, though no one was injured.

Clashes broke out in late September between the separatist forces backed by Azerbaijan and Armenia to control Karabakh, which declared independence from Baku during a war in the 1990s.

The recent outbreak was the worst in decades, killing more than 1,000 people, including civilians, though the death toll is thought to be much higher.

Fighting continued despite a number of attempts by Russia, France and the United States to help achieve a permanent ceasefire.

Those three countries that form the Minsk mediation group that helped broker an armistice agreement between former Soviet rivals in 1994 but have yet to find a permanent solution to the lingering smoldering conflict.

French President Emmanuel Macron’s office on Saturday said he spoke to Russian leader Vladimir Putin by phone and agreed that “fighting must be stopped” in Karabakh “to allow negotiations to begin. re on a “factual basis.”

Armenia and Azerbaijan have accused each other of targeting civilian sectors and the United Nations this week condemned indiscriminate attacks as “war crimes”.

Armenian Prime Minister Nikol Pashinyan has appealed to his Russian ally for military assistance, while Azerbaijan has won the backing of Turkey, which is accused of sending mercenaries to Karabakh to fight separatists.