Evolution’s ‘Great Progress’: When did humans surpass the smart rubicon? 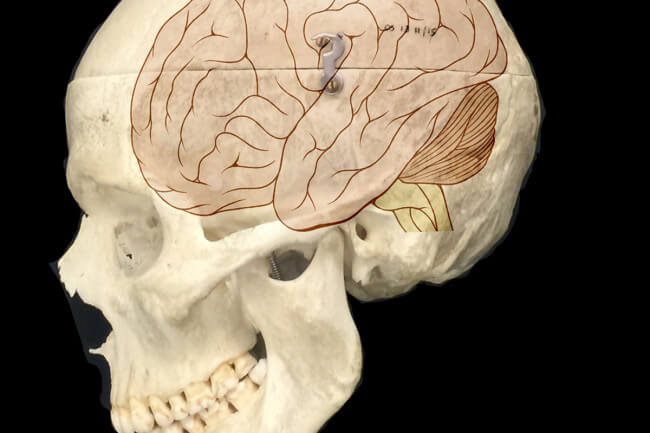 WDid hen make something like our first appearance on the planet? It turns out there is little consensus on this question. Fossils and DNA suggest people who look like us, anatomically modern homo sapiens, developed about 300,000 years ago. Surprisingly, archeology – tools, artifacts, cave art – reveals that complex technology and culture, “modern behavior”, has evolved more recently: 50,000-65,000 last year.

Some scientists explain this as the earliest suggestion homo sapiens Not quite modern. However, different data keep track of different things. Skulls and genes tell us about the brain, cultural artifacts. Our brains have probably become modern before our cultures.

In the following 200,000-300,000 years homo sapiens first appeared, tools and artifacts were still surprisingly simple, slightly better than Neanderthal technology and simpler than modern hunter-gatherer technology. like some Native Americans. Starting from about 65,000 to 50,000 years ago, more advanced technology began to emerge: sophisticated weapon launchers such as bows and spears, hooks, pottery, sewing needles.

People do representative art – cave paintings of horses, ivory goddesses, lion head idols, and show off artistic sophistication and imagination. A bird-bone flute evokes music. Meanwhile, the human appearance in Australia 65,000 years ago shows that we have mastered seafaring.

This technological breakthrough is called the “leap forward”, which is said to reflect the evolution of the completely modern human brain. But the fossils and DNA show that human intelligence became much earlier today.

Assuming the modern brain is like its box, our African ancestors could theoretically have discovered relativity, built space telescopes, wrote novels, and sang love songs. . Their bones say they are like us.

Because the fossil record is so patchy, the fossil provides only minimal dating. Human DNA shows even earlier origins for modernity. Comparing genetic differences between DNA in modern humans and ancient Africans, it is estimated that our ancestors lived 260,000 to 350,000 years ago. All living humans are descended from them, showing that we inherit our species’ basic commonalities, our species, from them.

All of their descendants – Bantu, Berber, Aztec, Aboriginal, Tamil, San, Han, Maori, Inuit, Ireland – have unique behaviors not found in other great apes. All human cultures form the enduring double bonds between men and women to take care of children. We sing and dance. We do art. We trim our hair, adorn our bodies with decorations, tattoos, and makeup.

We built the shelter. We use fire and complex tools. We form large, multi-generational social groups with tens to thousands of people. We work together to wage war and help each other. We teach, tell stories, trade. We have ethics and laws. We contemplate the stars, our place in the universe, the meaning of life, what follows death.

The details of our tools, fashion, family, morals, and mythology vary between different tribes and cultures, but all living humans exhibit these behaviors. It shows that these behaviors – or at least, the capacity for them – is innate. These sharing behaviors unite everyone. They are the human condition, what it means to be human, and they are the result of the common ancestors.

We inherit our humanity from the peoples of southern Africa 300,000 years ago. The alternative – that everyone, everywhere happens to be exactly the same person at the same time, starting 65,000 years ago – is not impossible, but a single origin the more likely.

Archeology and biology may seem at odds, but they actually tell different parts of the human story. Bones and DNA tell us about brain evolution, our hardware. Tools reflect our intelligence, but also our culture, hardware, and software.

Just like you can upgrade the operating system of an old computer, culture can flourish even when intelligence fails. Humans in ancient times lacked smartphones and space planes, but we know from studying philosophers like Buddha and Aristotle that they were also very intelligent. Our brains have not changed, our culture has changed.

That creates a puzzle. If the Pleistocene hunter-gatherers were as intelligent as we are, why is the culture still primitive for so long? Why did it take us hundreds of millennia to invent bows, arrows, needles, boats? And what has changed? Probably a few things.

First we went out of Africa, taking up more of the planet. Then, simply having more humans to invent, increases the chances of becoming a prehistoric Steve Jobs or Leonardo da Vinci. We also face new environments in the Middle East, the Arctic, India, Indonesia, with unique climates, food and hazards, including other human species. Survival requires innovation.

Many of these new lands are more habitable than Kalahari or Congo. The climate is more temperate, but homo sapiens also left behind African plagues and parasites. That allows tribes to grow larger, and larger tribes means more leaders to innovate and remember ideas, more manpower, and better specialization. Population drives innovation.

The numbers drove culture, culture increased in number, accelerated cultural evolution, continued to push human populations beyond their ecosystems, devastated megafauna and forced the evolution of agriculture. Ultimately, agriculture caused an explosive population growth, culminating in civilization with millions. Now, cultural evolution has begun to evolve into a hyperdrive.

Artifacts reflect culture, and complexity in culture is a defining characteristic. That is, it is not only the intelligence on the individual level that makes cultures more sophisticated, but the interactions between individuals within groups and between groups. Like connecting millions of microprocessors to create a supercomputer, we’ve increased cultural complexity by increasing the number of people and the connection between them.

So our society and the world have grown rapidly over the past 300,000 years, while our brains have grown slowly. We have expanded our numbers to almost 8 billion, spanning the globe, reshaping the planet. We did that not by modifying our brains but by changing our cultures. And much of the difference between our simple, ancient hunter-gatherer society and modern society just reflects the fact that there are so many of us and more connections between us.

Nick Longrich is Senior Lecturer in Evolutionary Biology and Paleontology at the University of Bath. Nick is interested in how the world has evolved. He studied mass extinction, adaptive radiation, dinosaurs, pterosaurs and mosasaurs, among other things. Find Nick on Twitter @NickLongrich

A version of this post was originally published in Conversations and has been reposted here with permission. Conversations can be found on Twitter @ConversationUS