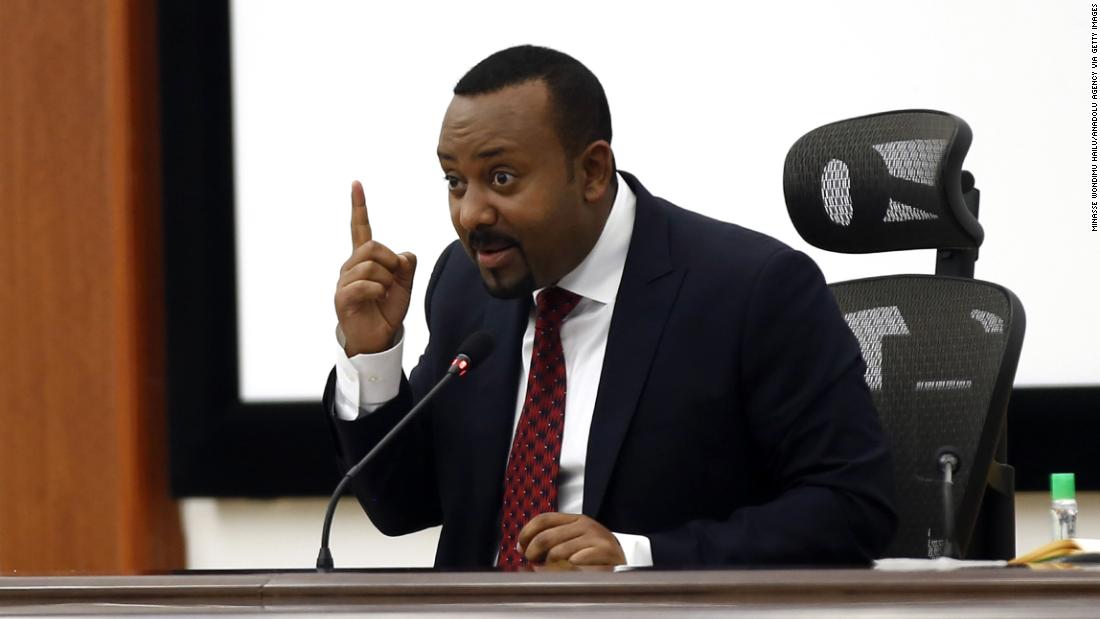 “The situation has reached the point where it cannot be prevented and controlled through conventional law enforcement,” a statement from Abiy’s office said on Wednesday.

The state of emergency will last for six months and is overseen by a task force led by the army chief.

The ordinance gives the federal government broad powers to “protect the peace and sovereignty of the country, as well as maintain public security, law and order”, including suspending political rights. and democracy, according to the Ethiopian constitution.

The declaration came hours after the prime minister ordered a previous military operation in the area on Wednesday.

Abiy vows that the mission will “save the country and the region from a spiral of uncertainty.”

Details of the attack on the military base remain unclear, but Abiy accused the TPLF of plotting to “rob” the artillery base and military equipment.

Abiy’s office said the TPLF had produced military clothing similar to that of the Eritrean National Self-Defense Force to allude to the Eritrean government in its false claims of aggression.

According to Internet monitoring group Netblocks, Internet services in the Tigray area have been shut down since 1 a.m. on Wednesday, local time.

“We are joining the international community in calling for immediate de-escalation in Tigray,” said the UK Embassy in Ethiopia. “We urge all parties to keep civilians safe.”
The US Embassy also called for de-escalation and “strongly encourages” all parties to give priority to safety and security of civilians. “

The TPLF dominated Ethiopia’s ruling coalition for nearly 30 years before mass anti-government protests brought Abiy to power in 2018. Tensions between the party and the federal government have increased in recent months. This concerns regional and national elections as well as military assets based in the Tigray region under the International Crisis Group.

Earlier this year, the Ethiopian government postponed indefinitely all previously scheduled elections in August due to the coronavirus pandemic. The Tigray region decided to hold its own regional elections in September, which the federal government considers “illegal”.

Abiy’s domestic performance is not the reason why he was awarded the prestigious Nobel Prize last year. According to the committee, he was chosen because of “his decisive initiative to resolve border conflicts with neighboring Eritrea”, resulting in a peace deal they hope “will help bring about positive change. pole for the entire population of Ethiopia and Eritrea. “