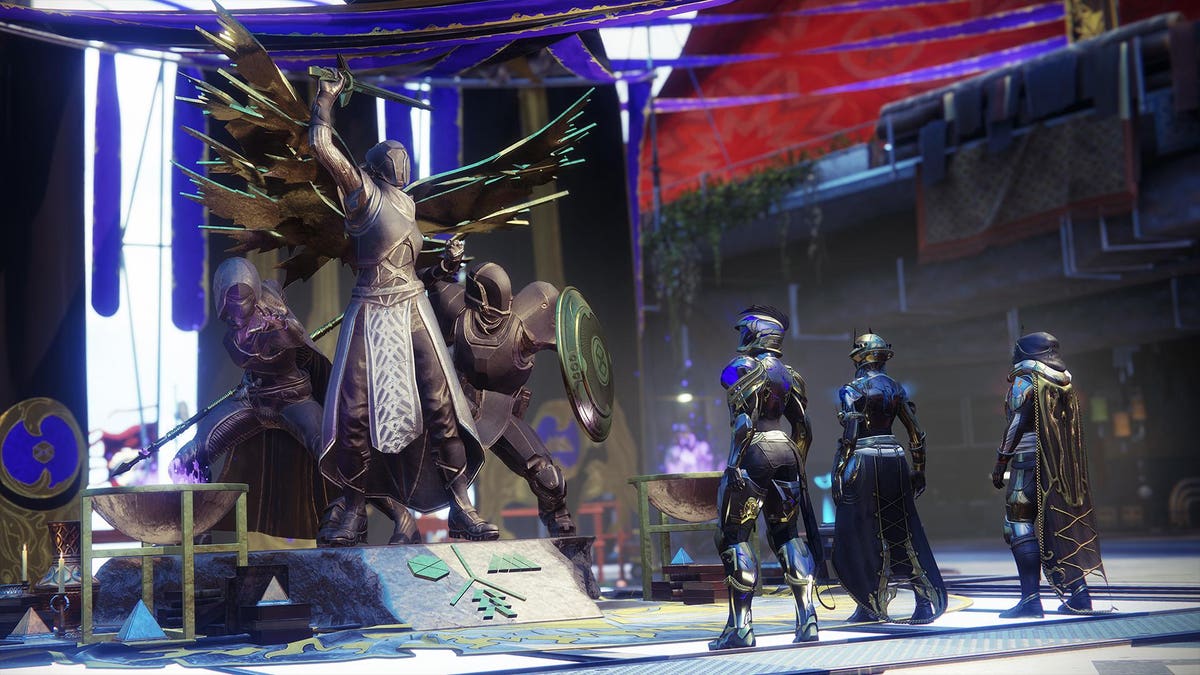 Well, it has been a long time, but we finally have a week where something new happens in Destiny 2, as we make another mark on today’s expanded roadmap.

This week’s reset brings the debut of Solstice of Heroes, an annual summer event that reflects the past year. From what we can tell so far in these early moments, the event is a mirror mirror fairly close to last year̵

7;s event, with EAZ’s return and its boss / chest spawning for us to freely farm.

We’re continuing the tradition of Solstice upgrading a suit of armor multiple times into a tweaked version, but Bungie has promised We this time that it won’t turn out to be useless for a month like two years ago, because no major zodiac changes are coming, and the sets won’t stop working for a year.

Although I love EAZ and its uprightness, since I think it was one of the most creatively designed little encounters in Destiny, I have never all thrill about the eternal wear and tear of armor suits. I have written down all of the requirements here, but while some of you may just do it “spontaneously” over the next month, others, like 5 adventures or 10 Gambit games, perhaps will need to be specific. And the whole process will take a very, very long time.

One of the most controversial steps was the final upgrade requiring a total of 7 wins in Trials, something many PvE-only players simply felt was impossible. I think it should be more feasible than a normal Testing period because in theory you should have other Test users trying to do the same thing on a certain weekend, so at least you should have there can be one opportunity Combined with a sensible team, you can beat. This will be a long approval process all However, these steps are beyond the lifeless steps completed during this first week (I mean, don’t judge me if I do).

Eververse has some new items this week, including this really great DBZ emoji which is a direct buy. Some have complained about the $ 15 or $ 6,000 light dust cost of the Solstice armor adorned with elemental lighting, and maybe I’ll learn more about that later.

Elsewhere, we still have a weekly ritual of Inference quest, where I see if the tree has changed (tree clock: no significant change) and get some new legends from Eris.

This week, this word is Belief. A lot of interesting things in this legend. At first, Eris thought that a Ghost she saw flying around was watching her, because the Ghosts were often afraid to get too close to the pyramids because they risk being possessed by them (which we had seen). A spy for whom? Dark? Or someone in the Tower?

I think she believes Vanguard may be watching over her, concerned about her exposure to the Darkness. An interesting line from the legend:

“The enemy warned me of great atrocities in courage, violence born of supreme belief. This message is an extension of the “disguise” record. A warning to my teammates “.

For me, this has an echo of “what if was the baddies? “as in, all of our great victories are war crimes against others, that is, largely destroying the entire Fallen race, and our Savior, the Traveler, is an antagonist to others (Eramis).

Eris talks a lot about Zavala in particular, wondering if he would kill her if he believed she overcame the dark side. She said yes, but he would feel bad about it. Another line about Zavala:

“But he wasn’t shaken by the hot-blooded elite. I’m afraid of victory disease. What happens when our mighty Newborn Guardians, accustomed to a quick victory, meet a boring and aggressive foe? “

In theory, this is Darkness, our new threat that we won’t simply banish in Beyond Light. Or anywhere close to Beyond Light, as the Pyramid is the emblem for Lightfall, twice expanding from now on. Though I would consider the relentless revival waves of Vex, Cabal, Taken, Hive and Fallen to be “tedious, mortal foes” as we never really beat any of them. Absolutely, just individual leaders, ups and downs.

Four more weeks of legend entries, will It happened when the season ended, but now that has changed, so who knows what will happen to this quest and this plot after that.

Okay, I have some buildings to jump around.