Dozens of people “surrounded and killed” in Oromia state 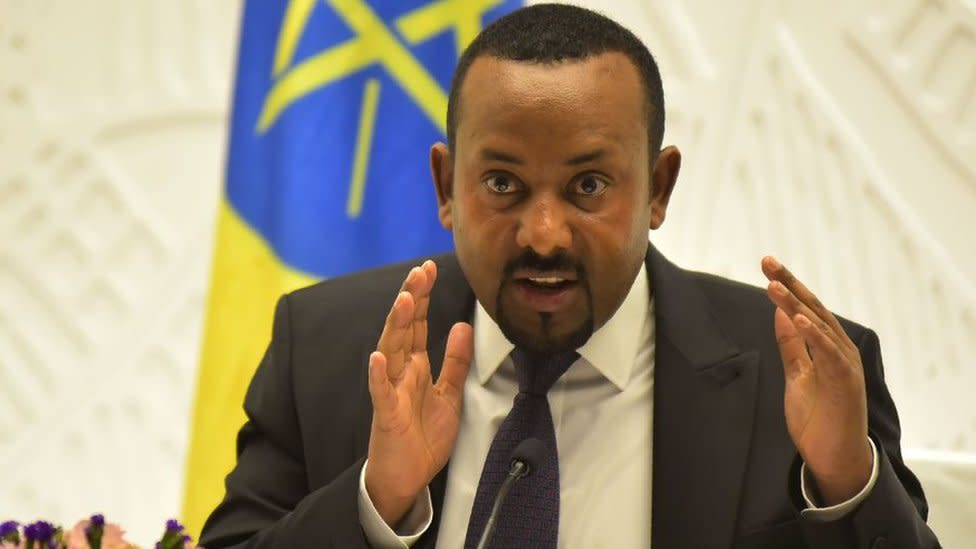 Dozens of people were rounded up and killed and cattle were stolen, residents said.

Prime Minister Abiy Ahmed said Sunday’s attack in the Guliso district of the Oromia region could be based on identity.

Ethnic violence has increased since Mr Abiy took office in April 2018, relaxing controls in what was once a highly centralized state.

“Ethiopia’s enemies swear to dominate the country or destroy the country, and they are doing everything they can to achieve this. One of their tactics is to arm civilians and carry out barbaric attacks.” barbarian based on identity, [for me] This is broken heart, “Mr Abiy said in a Twitter post.

What happened during the attack?

The survivors counted 54 bodies in a school campus where warriors, who were identified as OLA members, had gathered people who had not managed to flee, mostly women, young children and the elderly, and kill them, Amnesty International said in a statement.

A survivor told AFP news agency that the security forces stationed in the area had left and the OLA then rounded up civilians.

“After gathering us, they opened fire on us, and then plundered the cattle and burned the house,” they said.

The OLA is an armed group blamed for kidnappings and bombings in western and southern Ethiopia. The OLA separated from the Oromo Liberation Front (OLF) – an opposition party that lived in exile for many years and returned to the country after Mr Abiy took office in 2018.

A local official told the BBC that a group had been sent to the Guliso district to investigate, predicting the death toll could be “high”.

The Ethiopian Human Rights Commission (EHRC) said as many as 60 “armed and unarmed attackers” were involved in the attack carried out on Sunday.

It said members of the Amhara ethnic group, the country’s second largest ethnic group, had been targeted. The ruling Prosperity Party’s Amhara branch also released a statement in support of the EHRC’s report.

“Measures have already begun to be taken against the attackers,” Abiy said.

In June, a wave of ethnic unrest broke out following the murder of Oromo’s famous singer Hachalu Hundessa, killing more than 150 people.