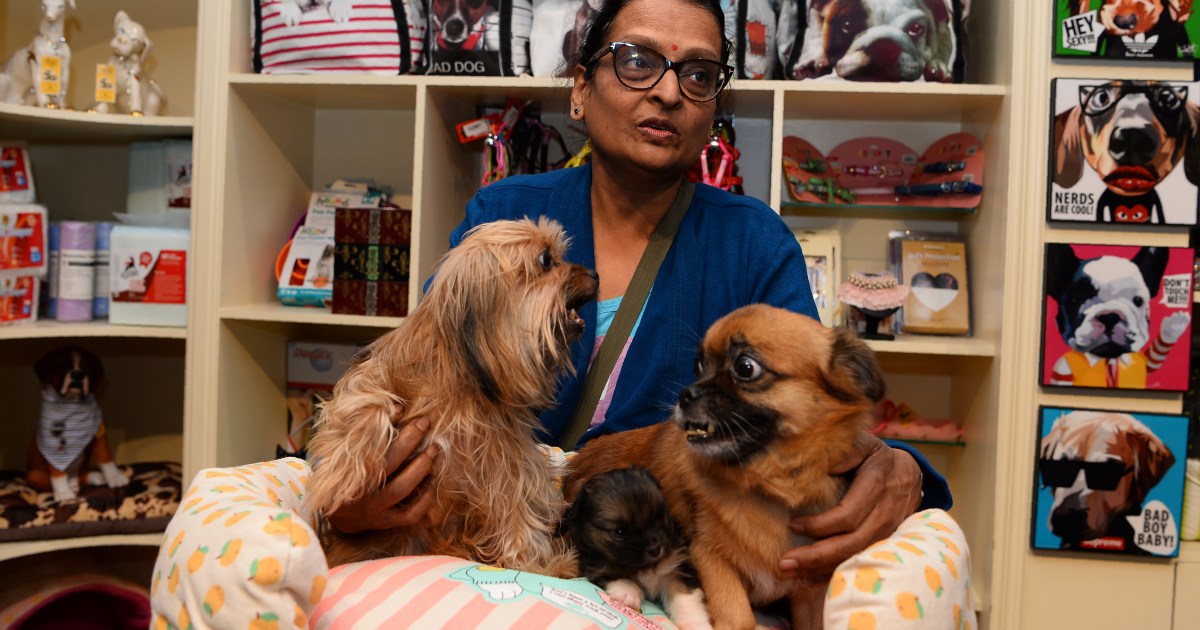 A new DNA study published in the journal Science reveals new information about the common history of humans and dogs dating back thousands of years.

A global study of ancient DNA revealed on Thursday that much of the diversity seen in modern dog populations emerged around the time the last Ice Age ended 11,000 years ago.

The article, published in Science, has shown how our dog companions have spread around the world with their owners, but also found interesting periods as our shared history. be separated.

A team led by the Crick Francis Institute has sequenced the genomes of 27 dogs, some of whom lived nearly 11,000 years ago, across Europe, the Near East and Siberia.

They found that at this point, before domesticating any other animal, there were at least five different types of dogs with distinct genetic ancestry.

7;s Ancient Genome Laboratory, lead author of the paper, said: “Some of the differences you see between dogs walking on the road today originate from the Ice Age.

“By the end of this period, dogs were widespread throughout the northern hemisphere.”

When and where dogs first separated from wolves is a matter of controversy – analysis of genetic data points to a period between 25,000 and 40,000 years ago.

The new article does not enter into this heated debate but supports the idea that, unlike other animals such as pigs that seem to have been domesticated in many places over time, there is a single “origin. “from wolf to dog.

The scientists found that all possible dog species shared a common ancestor “from an ancient, now extinct population of wolves,” with a limited gene flow from wolves since domesticated but unbranched wolves. has a significant line of genes from dogs to wolves.

By extracting and analyzing ancient DNA from bone material, researchers can see evolutionary changes that occurred thousands of years ago.

For example, European dogs around 4,000-5,000 years ago are very diverse and appear to originate in populations very different from the Near Eastern and Siberian dogs. But over time, this diversity has disappeared.

The lead author of the article, Anders Bergstrom said: “Although the European dogs we see today have so many unusual shapes and shapes, genetically they come from only one set. a very narrow subset of diversity that once existed, ”said lead author Anders Bergstrom.

Humans, for example, have more copies of a gene that makes a digestive enzyme called salivary amylase, which helps us break down our high-starch diet.

Likewise, the paper has demonstrated that dogs initially carry more copies of these genes than wolves, and that this tendency only increases over time as their diets adapt to shallow life. Karma.

This builds on previous research that found that Arctic ski dogs, like the Inuits, have developed similar metabolic pathways to enable them to process a high-fat diet.

The new work documents the many times human movement contributes to canine expansion, based on previous research by others, such as a 2018 article showing that the first North American dogs had Originally from a Siberian breed, but almost completely disappeared after Europeans arrived.

There are also periods of our history not taking place in parallel – for example, the loss of diversity that existed in dogs in early Europe was due to the spread of a single, alternate, ancestor. in other populations, an event not reflected in human migrations.

Ancient DNA research has revolutionized the study of our ancestors, and researchers hope it can do the same for dogs, the oldest animal ally. our.

“Understanding dog history teaches us not only about their history, but also about ours,” says Bergstrom.