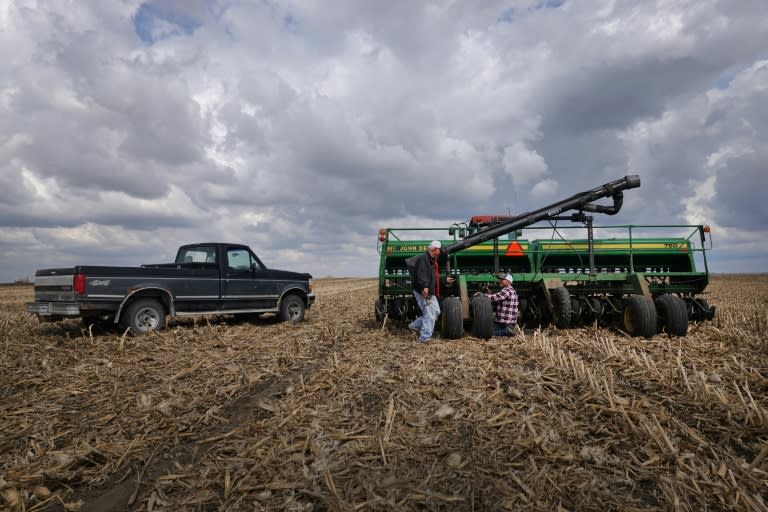 Seven months after the United States and China signed a preliminary agreement to ease their trade war, Beijing’s purchases of agricultural goods have yet to reach the deal’s target.

As President Donald Trump gets ready for the fierce re-election in November, the US media reported that the two sides will meet from August 15 to discuss the deal, which calls for a sharp increase in China buying. US goods and services this year and next.

But according to data compiled by the Peterson Institute for International Economics (PIIE), China’s farm produce purchases by the end of June were far from what should have been at this time of the year.

According to US data, they only hit 39% of their half-year target, or 48% based on Chinese data.

“If we get back to the commercial level of 201

7, we’ll be in luck,” said Chad Bown, a senior fellow at PIIE, author of the study.

Under the terms of the agreement, China agreed to increase agricultural imports by $ 32 billion over the next two years from 2017 levels.

At the end of July, the United States reported China’s largest ever daily order for its corn, at 1.9 million tonnes.

The announcements are a relief to US farmers, who are expecting a good harvest this year and need to find buyers to pick it up.

They also come at a time of heightened political tensions between the two countries, after the Trump administration authorized sanctions on some Hong Kong leaders on city human rights repression and restrictions on with China’s WeChat and TikTok applications.

Jack Scoville, agricultural market analyst at Price Futures Group, said: “The Chinese realize that we are not the best friends right now, but they need the product and they will use as much as they can. “.

It is likely that Beijing will change orders from buying this year’s harvest to next year.

But analysts warn that any orders could be canceled before the ships carrying them leave port.

“China could cancel all of these purchases that it made in July and buy for a much cheaper price if they have stock,” Hoops said.

The trade deal, known as “phase one” and signed in January has managed to survive both the severe global tensions and recession caused by the coronavirus pandemic, which has hit it hard. to international trade.

US Trade Representative Robert Lighthizer in June said China would comply with its commitments, while Washington would also pursue a “second phase” trade deal that would focus on redundancy issues. capacity, subsidies, discipline for China’s state-owned enterprises and network theft. “

Bown said any success in getting China to buy not only agricultural products but also energy and manufactured goods, would assist Trump in his re-election campaign.

“200 billion dollars is a lot he can say,” said Bown, referring to the amount China has committed to buy by the end of 2021.

However, China has lifted very few tariffs it imposes on American products during the trade war, making it “impossible” to achieve that goal.

“There is no economic incentive for the Chinese private sector to buy American goods. So if China really wants to buy this, it has to go through state direction,” Bown said.