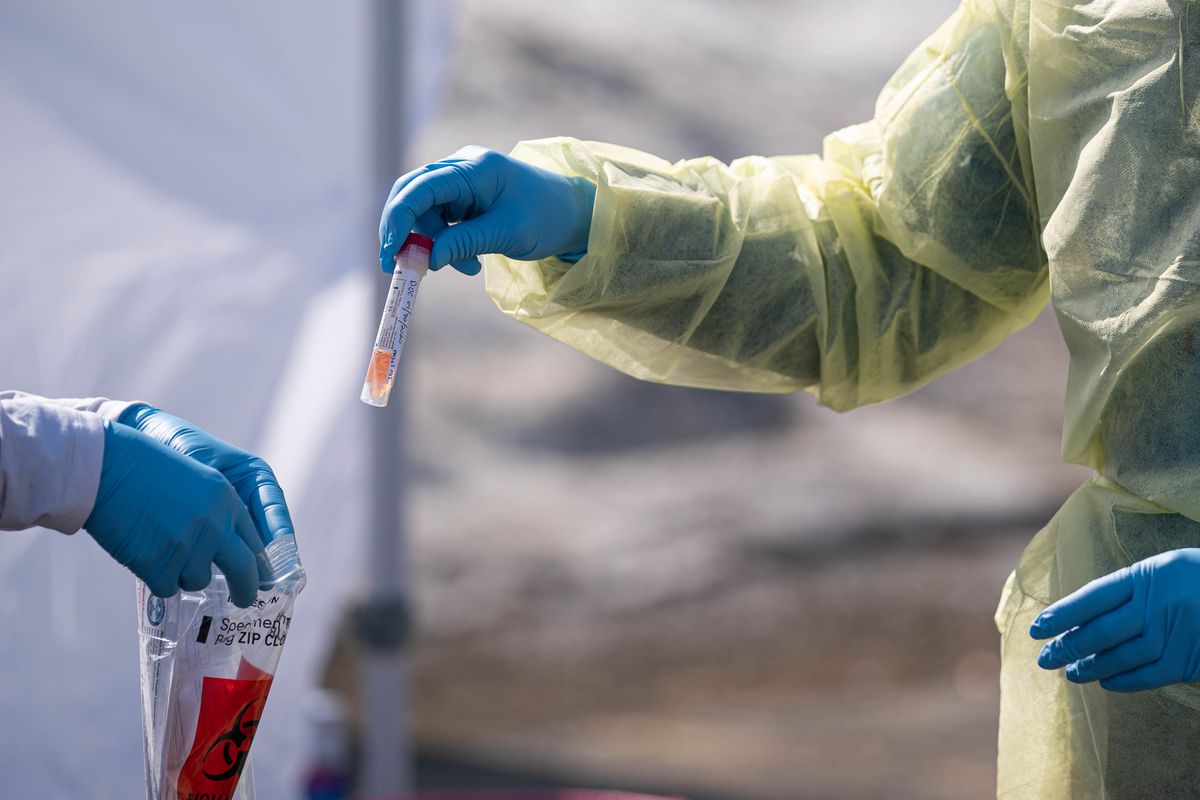 Alaska on Thursday reported 296 new COVID-19 infections and no new deaths but more people are hospitalized for the virus than ever before, according to the Department of Health and Services COVID-19 dashboard. Society.

In total, 84 Alaskans infected with the virus have died since the pandemic began. Alaska’s overall death rate per capita remains among the lowest in the country.

A total of 89 people have been hospitalized for the virus in Alaska as of Thursday, the highest since the pandemic started in March after hitting an earlier record on Wednesday. Another 15 patients in the hospital are suspected of having COVID-19, according to state data.

Health officials say the state’s hospital capacity is a concern given the rapidly increasing number of cases. The virus is largely spread among friends, family and co-workers at gatherings, sporting events, and workplaces.

All but two areas of the state are considered on high alert, meaning that widespread spread in the community is occurring.

Of the 291 new resident cases reported by the state on Thursday, there were 136 cases in Anchorage, plus 14 in Eagle River and seven in Chugiak; 17 in Wasilla, 12 in Palmer, one in Great Lake and one in Willow; 20 in Fairbanks and three in the Arctic; six in Soldotna, three in Kenai, two in Sterling, one in Homer and one in Seward; 34 at Bethel; seven in Utqiagvik; four in Chevak; one in Douglas and two in Juneau; year in Ketchikan; one at Kodiak; one at Delta Junction; one in Nome; one in Sitka; and one in Unalaska.

There are also five new nonresidents: one in Wasilla, one in Prudhoe Bay, and three in unspecified locations.

The Yukon-Kuskokwim region showed the state’s highest average daily COVID-19 case rate for the past two weeks. Separated from state reporting, Yukon-Kuskokwim Health Corp. On Thursday reported 46 new cases in the region including 19 cases in Chevak, 16 in Bethel, three in Quinhagak, two in Toksook Bay and multiple single cases in villages including Chuathbaluk, Napaskiak, Station pilot and Emmonak.

Also reported separately to the state, local Juneau officials said one COVID-19 cluster at the Mendenhall Automotive Center currently has 40 cases and another associated with a vulnerable / not crowded population. has increased to 93 cases.

As of Thursday, there have been 10,965 active virus infections among Alaska residents and non-residents of the state. A total of 7,125 people are considered to have recovered.

Among the new cases, there are no reports of how many patients had symptoms of the virus when they tested positive. Although people can be tested more than once, each case reported by the state health department represents only one person.

The positivity on the state test on Thursday was 7.15 percent compared with the seven-day rolling average, after hitting an 8 percent higher last weekend. Health officials say a positive rate above 5% could indicate transmission in the community is high and that there is not enough testing.