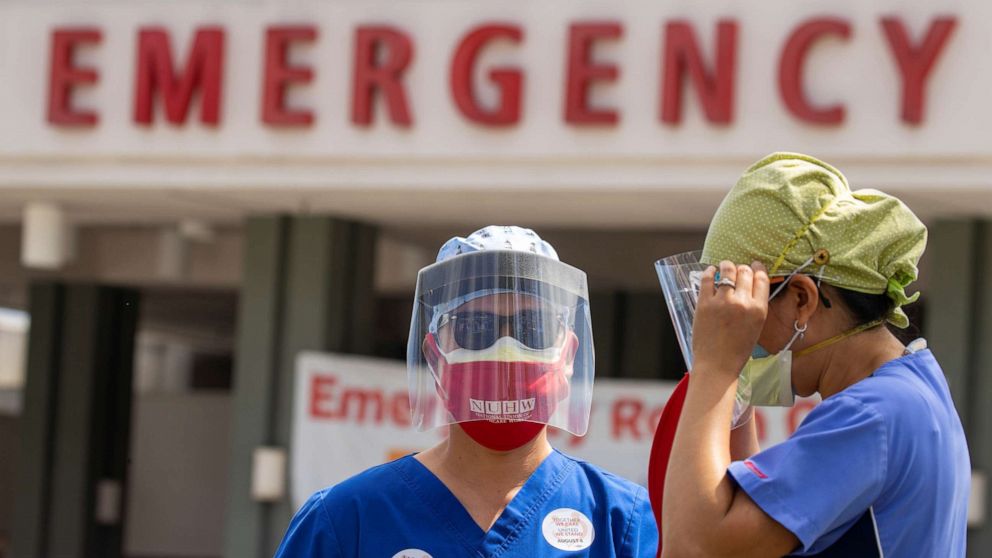 This new coronavirus has now killed more than 753,000 people worldwide.

million people globally have been diagnosed with COVID-19, a disease caused by the new respiratory virus, according to the Center for Systems Science and Engineering at Johns Hopkins University. The actual number is believed to be much higher due to the lack of testing, many unreported cases, and suspicion that some national governments are hiding or downplaying their outbreaks.

The United States is the most affected country in the world, with more than 5.2 million diagnosed cases and at least 167,242 deaths.

This is how news is evolving today. All Eastern Era. Please refresh this page to update.

8:55 am: Doctors believe the baby has COVID-19 infection in the womb

According to doctors at a Texas hospital, a newborn is believed to have been infected with COVID-19 through the mother’s womb.

Dr. Mambarambath Jaleel, who runs the neonatal ICU at Parkland Hospital in Dallas, Texas, said it could be the first baby in the nation to get infected in such a way, according to the WFAA, affiliate of ABC Dallas.

According to the WFAA, the baby’s mother tested positive for COVID-19 in April and had to give birth early, although it’s not clear if COVID-19 plays a role in preterm birth.

When the baby was born, the doctors ran two tests for coronavirus and the baby was both positive, Jaleel said. Doctors also examined the mother’s placenta.

“Having a positive placenta test result, the most likely explanation is that transmission of the infection is when the baby is still in the womb,” Jaleel told WFAA.

The baby starts to have a fever and needs oxygen; however, the baby is now at home and healthy with the mother.

The Centers for Disease Control and Prevention predicted in its latest forecast that the number of coronavirus deaths in the United States could reach 200,000 on Labor Day when children across the country return to school. .

According to a Federal Emergency Management Agency report obtained by ABC News, the number of new cases continued to decline across the country over the past week, but the new death rate has increased year on year.

There were 7,517 deaths recorded between 5 and 12 August, a 2.3% increase in new deaths from the previous week. The national test-positive rate remains at 6.5%.

Things to know about coronavirus: